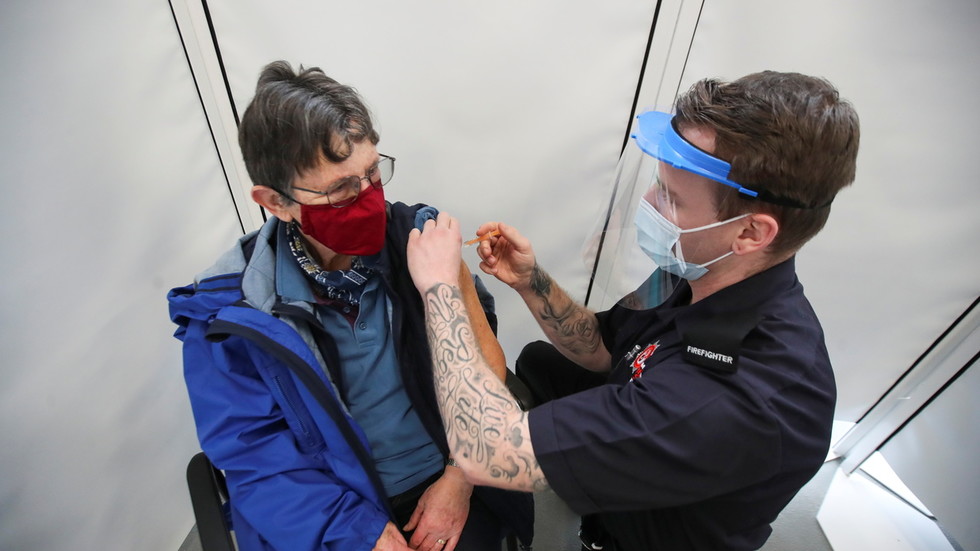 Only 147 cases of the South African variant of the coronavirus have been recorded in Britain so far, Health Minister Edward Argar said. He added that the AstraZeneca vaccine prevents hospitalisation and saves lives.

“It’s a very small number but it’s still something we quite rightly have got to keep a very close eye on,” Argar told ‘BBC Breakfast’.

The minister also said the South African mutation of the SARS-CoV-2 virus, which causes Covid-19, is not prevalent in the UK.

“In this country, the dominant strain – overwhelmingly in terms of the numbers – is the historic version of this virus and, to a large degree, the Kent variant,” he said. The Kent variant, also known as B.1.1.7, was first recorded in Britain in December. It is called ‘the UK variant’ by international media.

Meanwhile, South Africa paused the rollout of the AstraZeneca/Oxford vaccine after a local study found that it provides “minimal protection” against mild and medium cases of Covid-19 caused by the South African variant.

In a separate interview with Sky News, Argar said: “It’s important to remember that what South Africa have done is a temporary measure while they look at more information on this.”

He pointed out that the study, which has not been peer-reviewed yet, was small and mainly involved young people. The researchers at the University of the Witwatersrand, Johannesburg used data from around 2,000 volunteers whose median age was 31.

The minister said that while there “may be less efficacy in terms of preventing mild illness from the virus,” there is “no evidence that this vaccine is not effective in preventing hospitalisation, severe illness and death, which ultimately is what we’re seeking these vaccines to do.”

Argar said that the AstraZeneca vaccine has proven to be effective against the Kent variant.

Sarah Gilbert, a vaccinology professor at the University of Oxford, said they are working with AstraZeneca to optimise the vaccine against different emerging variants. The company itself confirmed that its vaccine is effective against severe cases, but could not comment in detail on the South African study as of yet.

In his interview with Sky News, Argar said that people may have to be administered annual booster shots of the vaccine to protect against new strains.

“What we would all expect is every year we have our flu booster jabs, or our flu jabs, it would not be unreasonable to suggest something similar here,” he said.