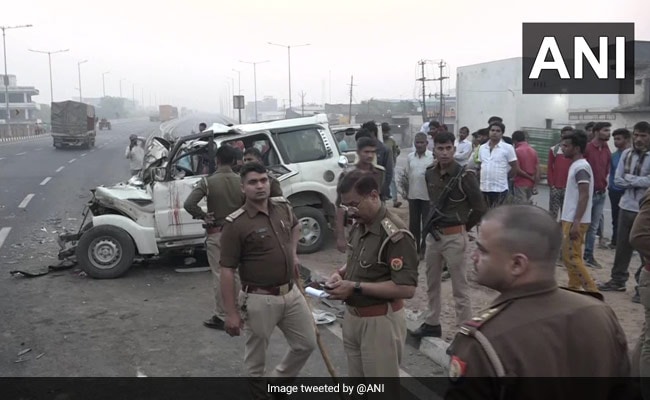 Agra Road Accident: The incident took place on the Agra-Kanpur highway around 5 am, police said.

Nine people died in Uttar Pradesh’s Agra district on Thursday morning after an SUV collided with a tractor-trolley, police said.

Three others injured in the crash are hospitalised, Agra Senior Superintendent of Police Babloo Kumar said.

The incident took place on the Agra-Kanpur highway in the Etmadaula police station area around 5 am, he said.

“The speeding SUV crossed over to the other side of the road where it hit the tractor-trolley. There were 12 people who got injured and were taken to a hospital, where nine of them died due to their injuries,” Kumar said.

The victims belong to Jharkhand, he added.

EPFO: Entire 8.5% Provident Fund Interest To Be Credited In One Go: Labour Minister To NDTV