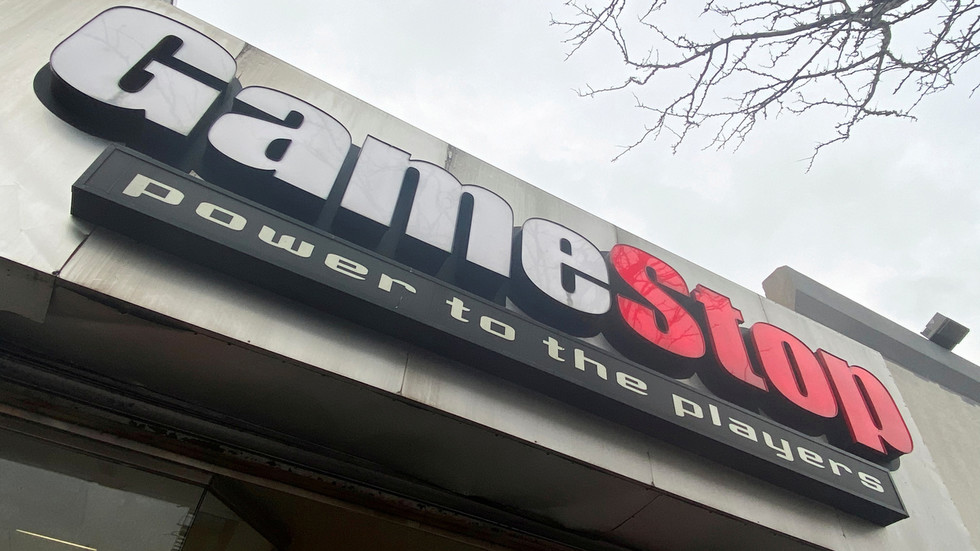 Netflix is reportedly in the running to make its own film chronicling the GameStop stock craze, after MGM also bought rights to tell the remarkable story, which saw meme-happy Redditors take on powerful Wall Street hedge funds.

Though the real-life plotline has yet to conclude, as a horde of amateur traders continue to force a multibillion dollar short squeeze on major Wall Street players, Netflix is already racing to cash in on the GameStop caper, entertainment outlet Deadline reported on Monday. The streaming service is believed to be in talks for a movie on the saga, tapping award-winning screenwriter Mark Boal and actor Noah Centineo for the project.

News of the film, which Netflix has yet to confirm, came on the heels of reports that MGM is considering its own movie, recently buying up rights to adapt a book proposal by author Ben Mezrich. While the book, set to be titled ‘The Antisocial Network,’ has yet to be written, the studio apparently moved fast to snatch up rights to bring it to the big screen, potentially setting up a race between production houses.

Netflix is also said to be in negotiations to hire NYU marketing expert Scott Galloway to consult on the script. The professor and podcaster made waves last week after offering a unique theory on what drove the GameStop phenomenon, suggesting “it’s all about sex” – or more specifically, “young men not having (enough) sex.” Though the comments stoked a wave of backlash, with many arguing that Galloway showed a profound misunderstanding of the story, that apparently has not deterred the streaming giant in pursuing his expertise.

The GameStop mania – what some have dubbed the ‘Reddit Rebellion’ – kicked off quietly at first, after members of the meme-heavy r/WallStreetBets Reddit forum noticed last year that major hedge funds were betting on the demise of certain brick-and-mortar companies and heavily short selling their stocks. The amateur traders realized if they bought up huge amounts of those shares, they could drive up their value and inflict enormous losses on the hedge funds, a process known as a “short squeeze.”

The story emerged into the headlines last week as the price for GameStop shares – as well as other shorted firms like AMC, Nokia and Blackberry – were sent soaring by the online buying craze, in some cases by more than 1,700 percent. The price surge has already imposed billions in losses on major Wall Street funds, which were forced to buy back the inflated stocks to cover what they previously borrowed for their short selling schemes. Melvin Capital, one of the Wall Street behemoths heavily invested in GameStop’s decline, alone required a bailout of some $2.8 billion from other investment firms following the Reddit-driven massacre.

Though many small-time traders continue to buy and hold the shorted stocks in hopes to do even greater damage to Wall Street fat cats, some trading platforms, such as Robinhood, have attempted to slam the brakes on the grassroots buying campaign, restricting purchases for the inflated stocks. The move may have helped GameStop’s share price collapse by 30 percent on Monday despite the ongoing short squeeze attempt. However, Blackberry and Nokia were up by some 3.4 and 7.2 percent after markets closed on Monday, while a similar buying effort has taken hold in the metals markets, potentially offering a great deal of material for the film studios as they compete to dramatize the story.

Jack Ma Not On China State Media List Of Top Entrepreneurs. What It Means

Airline industry needs up to another $80bn to survive pandemic

‘I get the most support from Russia’: Unbeaten Serbian UFC star Dusko Todorovic aiming for breakout performance on ‘Fight Island’