Home > WORLD > MyPillow guy to get endorsement from Trump, ‘best president in history,’ if he runs for governor of Minnesota 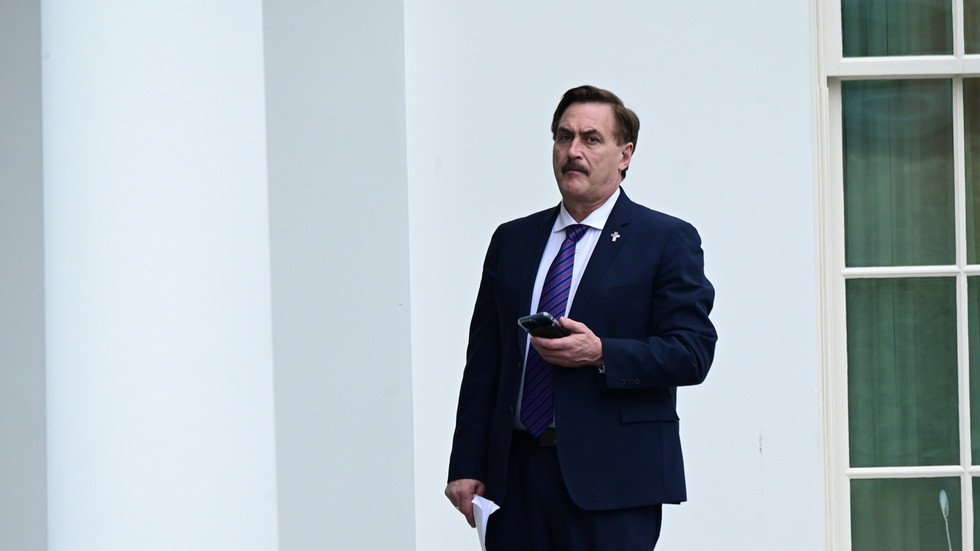 MyPillow founder Mike Lindell continues to be one of Donald Trump’s staunchest supporters and now could be picking up the torch and getting into politics, with a promised endorsement from the former president.

Lindell, known to many for his MyPillow commercials, bought into Trump’s election fraud claims so fervently, he visited the former president during his final week in the White House and tried to persuade him to continue pushing the allegations.

It was during this meeting, the Associated Press reports, that Lindell walked away with a potential future endorsement from Trump to run for governor of Minnesota.

“Mike, if you did it, I would get behind you,” he claimed Trump told him.

Lindell diving into politics would likely only add to the seeming civil war raging in the party at the moment, as politicians loyal to the president have threatened to challenge Republicans not as supportive. Rep. Liz Cheney (R-Wyoming), for instance, is facing a primary challenge after breaking with the majority of her party and voting to impeach Trump.

State Senator Anthony Bouchard announced he was challenging Cheney days after her vote and noted her opposition to Trump as the reason behind the decision.

It remains to be seen how such elections will play out, but Lindell believes his support for the president and an endorsement from the man, who is facing a Senate impeachment trial next month, is a good thing.

“Of course it would help. Why wouldn’t it help? The guy was the best president in history,” Lindell said. If he ran, the Fox News staple would be challenging Democrat incumbent Tim Walz.

Lindell has spoken at dozens of Trump campaign rallies and has refused to accept Joe Biden’s presidential victory. He even tweeted – and then deleted – in December the recommendation that Trump should declare martial law in several states to examine their voting tabulation machines.

He continues to spew conspiracy theories and believes Dominion is behind changing ballots in favor of Biden. Despite the fact that the company has taken or threatened legal action against numerous individuals and news networks that repeated such allegations, Lindell is standing by his words.

“You bring it on, Dominion, because I want everybody to see,” he said.

The company previously sent a cease and desist letter to Lindell over his election fraud allegations, and Lindell responded by requesting a lawsuit.

“I want Dominion to put up their lawsuit because we have 100% evidence that China and other countries used their machines to steal the election,” he said in response to the letter.

Lindell, who wrote an autobiography detailing his journey from crack addiction to devout Christian, had already faced consequences for his support of Trump and election fraud conspiracy theories. Major retailers like Bed, Bath & Beyond and Kohl’s have moved to discontinue carrying MyPillow products.

Gujarat Local Body Elections To Be Held In 2 Phases On February 21, 28 Amid Pandemic

Lisa Montgomery: Judge halts execution of only woman on US death row