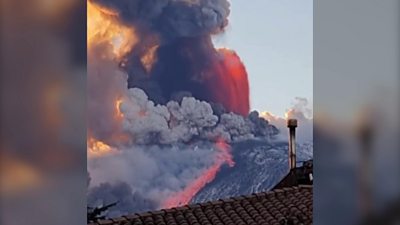 Mount Etna has erupted, sending hot lava and smoke clouds into the sky.

Located on the Italian island of Sicily, Etna is considered one of the world’s most active volcanoes.

Catania International Airport was temporarily closed because of Tuesday’s eruption, but local authorities have told residents of nearby towns not to worry.

'Hold on, summer is around the corner': Siberian bikini party at minus 39 Celsius goes viral (VIDEO)

No Signal: App experiencing ‘technical difficulties’ after gaining 40 MILLION users in a week