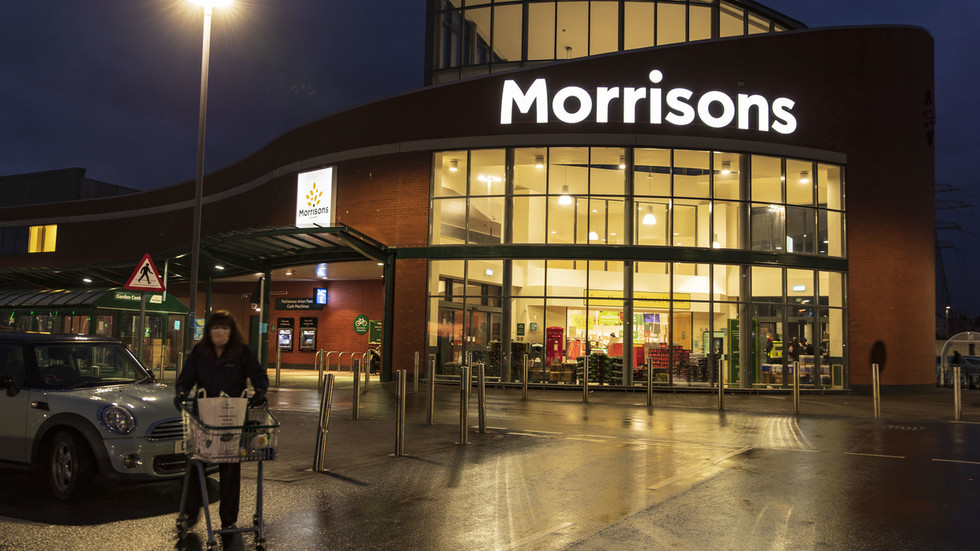 A video making rounds on social media shows a tense encounter between Morrisons’ employees and a confrontational customer who categorically rejects a ‘ridiculous’ request to wear a yellow sticker after refusing to put on a mask.

The video was uploaded on YouTube last Sunday and is now quickly spreading online, shared by people who appear to feel the original author’s disdain for the British government’s response to Covid-19.

The filmed conflict stems from the decision made last month by Britain’s large supermarket chains, including Morrisons, to demand that all their customers wear face masks. The policy allows medical exemptions, and the person in the video claims to have such an excuse. The video misses the beginning of the encounter, but makes it clear that the man was asked to put a yellow sticker on his clothes to show other shoppers that he is not wearing a mask because of a disability.

The obvious historical parallel, which probably explains why the video went viral, was not missed in the emotionally charged stand-off. After being told that Morrisons staff are simply doing their job, the cameraman exclaims in obvious irritation: “Weren’t they just doing their job in the Nazi Germany? Can you remember how they said that during the Nuremberg trials?”

He later describes the request as “a bit totalitarian”, “absolutely ridiculous” and “beyond contempt”. A security guard, who appears to be holding a roll of stickers in his hands, declines to voice his personal opinion about the policy he is tasked to implement.

Giving credit where it’s due, Morrisons employees went to great lengths trying to deescalate the situation. A manager offered the mask-averse customer several options for getting his groceries while staying in line with the supermarket rules, all of which he politely but sternly rejected.

The enforcement of the shop mask mandate is a tricky thing, legally speaking. The government’s own guidelines clearly state that by law a person doesn’t have to produce proof of a disability or even carry one to refuse wearing a mask.

With compliance relying on the goodwill of the public, it’s no surprise that conflicts sometimes arise and result in cases of alleged discrimination. For example, shortly after the new rules were announced, a maskless female customer was refused service in Sainsbury’s after she wouldn’t provide a disability proof.

The video shot at Morrisons leaves it unclear if the shopper was eventually escorted out by the police, as one may assume from the events, or was allowed to buy his groceries. The YouTube channel, where it initially appeared, seems to be the personal channel of the cameraman, who is named Declan, judging by another video.

The channel’s content indicates that Declan is quite unhappy with Covid-19 restrictions, had several similarly tense encounters with the police since the epidemic started, and participated in at least one anti-lockdown protest, where he allegedly got arrested.

Gunmen Kidnap More Than 40 From School In Central Nigeria

One in 50 people in England has Covid-19, health chief reveals, also warning of further restrictions NEXT winter