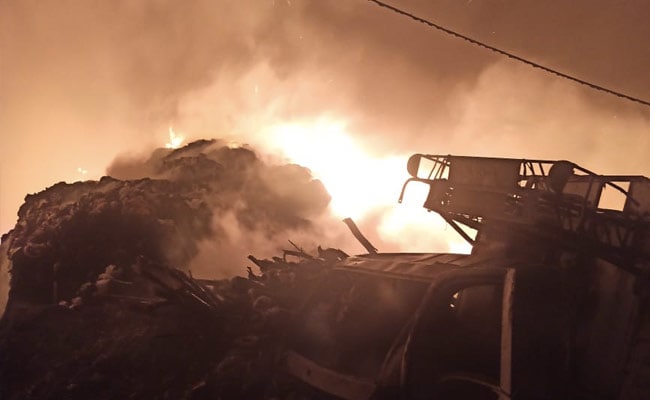 More Than 20 Huts Burnt In Major Slum Fire In Delhi, No Casualties

A fire broke out at a factory in Sanjay Colony in Delhi’s Okhla Phase II area.

At least 22 shanties were gutted after a major fire broke out at a factory in Sanjay Colony in Delhi’s Okhla Phase II area this morning.

The incident happened near the Harkesh Nagar Okhla metro station in Delhi which is located between Govind Puri and Jasola Apollo stations on the Violet Line.

At least 26 fire tenders have been rushed to the spot and firefighting operations are underway.

No casualties have been reported so far.

“We got a call at 2 am about the fire. The fire has been categorised as a medium category fire. No casualties have been reported till now. The reason for the fire will be determined by the Delhi Police,” a fire officer told ANI.

IS brutality returning to Syrian towns

Tejasvi Surya On Trump Twitter Ban: Social Media Given Rights To Alter Ours