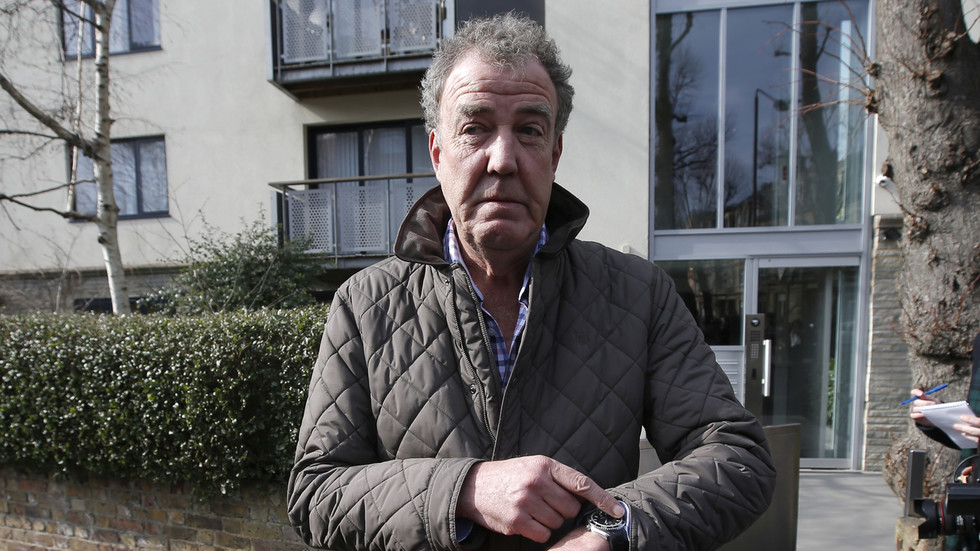 Twitter has erupted with fury after British broadcaster Jeremy Clarkson said he was “fed up to the back teeth of the whingeing” over the clamour that the quality of free school meal parcels has provoked.

The issue was highlighted by footballer and anti-poverty activist Marcus Rashford who shared a series of photos on Twitter of the parcels that families had received, which included half a pepper and one potato. The boxes for a week’s worth of lunches are offered in some areas of England instead of a £30 voucher.

In his column in the Sunday Times newspaper, British broadcaster and writer Jeremy Clarkson wrote that Rashford’s “fight” against inadequate food boxes is “noble and well judged” but added: “I agree that some shameless profiteering is going on. But I am fed up to the back teeth of the whingeing this story unleashed.”

Twitter users were left unimpressed with Clarkson’s choice of words.

‘Fed up to the back teeth’
Interesting turn of phrase given the subject.

In his article Clarkson also praised the UK for providing “children from less well-off families” with free lunches. However, he criticised the public for failing to “celebrate” this fact and not “concentrating on making sure the food they get is not half an ounce of mould and a dead dog.” He went on to ridicule the £30 some parents demand to provide lunch for their children, wondering if they’re going to take them to an upmarket department store for lunch.

One user pointed out that Clarkson must have failed to do his research as he appeared to imply that the £30 was intended for one day’s worth of meals. The £30 voucher is supposed to cover lunches for up to 10 school days. Clarkson also speculated if one parent he heard demanding the voucher instead of the food box wanted to “exchange it at the supermarket for fags and scratch cards.”

Many commenters on Twitter pointed out that the TV presenter (who’s estimated to have a net worth of almost £50 million) probably has no idea what poverty is like.

There speaks a man with obvious first hand experience of raising a family only with the assistance of benefits. He’ll be the one whinging when one of the neglected kids breaks into his garage & nicks his Bentley. What he’d spend on a service has to last them several months.

Some, however, supported Clarkson’s point of view and blamed the government for mishandling the issue.

I'm fed up with it too… if only the govt sorted it out properly in the first place we wouldn't still be hearing about it!

Jeremy Clarkson’s very own food-related debacle was brought up: the presenter was sacked from the hugely popular BBC’s motoring show Top Gear he had hosted for over a decade, for assaulting a producer who’d failed to provide him with hot food at the end of the day.

No one is watching my TV shows anymore, I must say something controversial.

Others accused Clarkson of attention-seeking.

No one is watching my TV shows anymore, I must say something controversial.

Clarkson’s earlier controversial comments were mentioned as well: In 2011 he said that public sector workers should be shot dead “in front of their families” for going on strike for fair pay and safer conditions. His comments forced the BBC to apologise.

Jeremy Clarkson is a British household name, most famous for presenting the motoring shows Top Gear from 2002 to 2015 on the BBC and The Grand Tour on Amazon Prime.