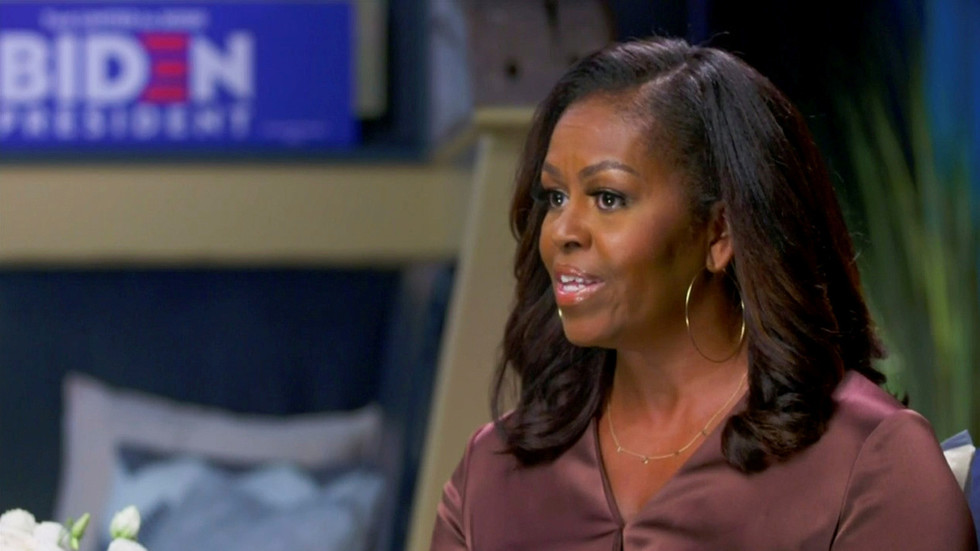 Former First Lady Michelle Obama has joined demands to purge President Donald Trump from all social media, insisting he used the platforms to “fuel insurrection” as much of the US corporate press urges Big Tech to do the same.

The ex-FLOTUS issued a lengthy statement on Thursday – some 24 hours after a crowd of rowdy Trump supporters forced their way into the US Capitol to protest the results of the 2020 election – blaming the president for the disturbance, which she said “desecrated the center of American government.” Social media platforms, too, had a role to play in facilitating those events, she said.

Now is the time for Silicon Valley companies to stop enabling this monstrous behavior – and go even further than they already have by permanently banning this man from their platforms and putting in place policies to prevent their technology from being used by the nation’s leaders to fuel insurrection.

JUST IN: Former first lady Michelle Obama calls on tech companies to permanently ban President Trump from their platforms and put policies in place “to prevent their technology from being used by the nation’s leaders to fuel insurrection.” pic.twitter.com/QLR7h2M1rF

The plea came soon after Facebook declared that a previous temporary ban on Trump’s account would be extended “at least” until Inauguration Day on January 20, with CEO Mark Zuckerberg saying the president “[used] his platform to condone rather than condemn the actions of his supporters at the Capitol building.”

Facebook-owned Instagram, as well as Twitter and SnapChat, have also imposed similar restrictions on his accounts – moves the Associated Press described as “Social platforms [flexing] their power.”

The riot on Capitol Hill, which left at least five people dead in its wake, has been widely condemned across the American media and political scene, also prompting calls in the press for tech firms to tighten rules and – in line with Obama’s suggestion – expunge Trump from their sites.

New York Times editorial board member Greg Bensinger echoed those demands in a Thursday op-ed entitled “Delete All of Trump’s Accounts,” while tasking Big Tech with the lofty goal of “restoring truth and decency to our democracy” through stricter content-policing.

Calling for a “day of reckoning” for social media, Bensinger prescribed a long list of actions for the platforms, including “more direct, human moderation of high-profile accounts; more prominent warning labels; software that can delay posts so that they can be reviewed before going out to the masses…”

…and a far greater willingness to suspend or even completely block dangerous accounts like Mr. Trump’s.

The Washington Post, meanwhile, used Wednesday’s unrest as an opportunity to recycle a 2017 column warning that the “openness” of the internet has been used to amplify “fundamentally illiberal groups opposed to fundamental tenets of liberal democracy,” suggesting that governments might use the law to curtail such “illiberal voices” – examples of which the authors could apparently only find on the political right.

While the piece stopped short of backing any particular measures, and acknowledged that “any attempt to regulate the Internet” could “veer dangerously close” to censorship, it nonetheless framed the internet as a dangerous tool in need of official oversight after Trump’s backers stormed the halls of Congress.

The pressure to bring the ban hammer down on the outgoing president was not cheered by all, however, as famed national security whistleblower Edward Snowden warned that Facebook’s decision to “silence” Trump marked “a turning point in the battle for control over digital speech.”

“Imagine for a moment a world that exists for more than the next 13 days, and this becomes a milestone that will endure,” he said, urging his followers not to celebrate the move while arguing that Facebook has a “continuously documented history of overstepping since its inception.”

France overturns €90,000 fine imposed on Paris mayor’s office for hiring ‘too many’ women