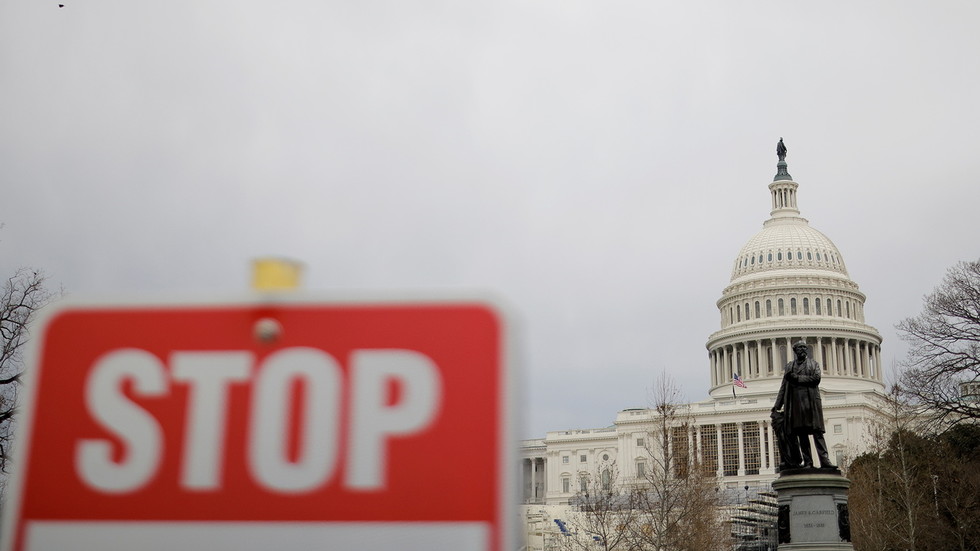 Some of the very same people behind the original ‘War on Terror’ are now helping start a new one against Americans, journalist Glenn Greenwald warned amid a rising crackdown on free speech following the chaos at the US Capitol.

Greenwald is a lawyer who turned to journalism in 2005 to protest the suppression of Americans’ civil liberties under the Bush-Cheney ‘war on terror’. He ended up playing a key role in publishing NSA whistleblower Edward Snowden’s revelations about the illegal mass spying on Americans. On Friday, however, he sounded alarm over what he saw as history repeating.

“There’s absolutely a new War on Terror being initiated,” he tweeted. “This new one is aimed inward, domestically.”

There's absolutely a new War on Terror being initiated — it'd been lurking for awhile, but it's accelerating now for obvious reasons. This new one is aimed inward, domestically. It entails many of the same frameworks.

“I spent the first decade of my journalism career devoted to exposing and denouncing the excesses of the first War on Terror, and I see exactly the same tactics forming,” he wrote.

The Democrats behind it won’t even need to study the tactics of neoconservatives from the original WoT – as “Neocons are their full allies in all of this,” Greenwald noted. Anyone who has questions or concerns about it will be demonized as a “terrorist” sympathizer.

As an example, he offered up tweets by former George W. Bush speechwriter David Frum – of “axis of evil” infamy – now posing as a “liberal thought leader.”

Amazing – yesterday I wrote: the same tactic used against critics of the first War on Terror would be used for the new one: demonizing those who question its excesses as "pro-terrorist."

Today, up pops neocon @DavidFrum to reprise his role, this time as a liberal thought leader pic.twitter.com/VJqjFulvik

A key ally in this will be “the same media outlets who have acted as their spokespeople since 2016,” Greenwald argued, again citing an example: CNN’s Oliver Darcy, a “former conservative… whose main function in life is to demand censorship on behalf of [Democrats].”

USA Today has sent out a call to readers to report and identify people involved in Wednesday’s storming of the US Capitol, which Democrats and the media have increasingly painted as an “insurrection” and called for a harsh crackdown on “domestic terrorists.”

Several hundred supporters of President Donald Trump first breached the police barriers to enter the Capitol grounds, then broke into the building itself, but eventually dispersed after Trump called for peace and order.

Greenwald has condemned the riot at the Capitol, but warned that if there is a lesson of the past 20 years, it’s that “making weighty decisions at times of high and intense emotions, closely following an event that unifies most everyone to the point that any deviations or questioning are treated like treason or heresy, is extremely unwise.”

Several other independent journalists  have also raised alarm about the mounting crackdown on speech that has followed the events at the Capitol.

The state crackdown on those deemed to be complicit this "attack on democracy" or whatever you want to call it — "fascists," "MAGA terrorists," "white nationalists," "insurrectionists" — is going to make the Clinton/Reno stuff in the 90s look like, as Trump would say, "peanuts"

‘We are absolutely not starting from scratch!’ Fauci BUSTS ‘source-based’ CNN report on Covid-19 vaccine rollout

Covid-19: The road back to Wuhan