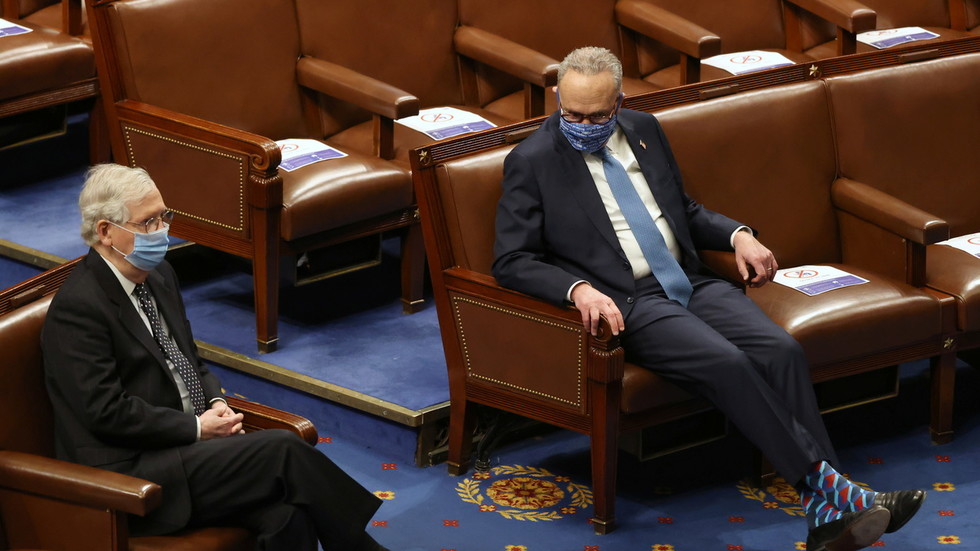 Senate Majority Leader Mitch McConnell’s spokesperson says he won’t consent to the Senate reconvening before January 19, despite Democrat calls for it, likely pushing the Donald Trump impeachment trial into the Biden presidency.

Senate Minority Leader Chuck Schumer (D-New York) had been seeking for Senate members to return to work before January 19 in light of the House’s vote on impeachment Wednesday, which many experts feel the Democrat-controlled chamber will vote in favor of.

However, McConnell’s office has reportedly reached out to Schumer’s and said he will not agree to reconvene the Senate under the 2004 emergency authorities. Schumer needed McConnell’s agreement, but the Kentucky Republican has said through a spokesperson that the timing simply doesn’t work.

“Even if we started a trial yesterday, there’s not enough time to remove him from office,” an official with McConnell’s office said in a statement.

It’s unclear what the path forward for impeachment will be if the House votes in favor of it, as the Senate would not be able to begin an impeachment trial until Joe Biden has already been sworn in.

After various reports that he was supportive of impeachment proceedings against Trump, McConnell said on Wednesday that he will “listen to legal arguments when they are presented to the Senate,” but he has “not made a final decision” on which way he will vote.

In a memo sent to colleagues last week, McConnell said all 100 members of the Senate would need to consent to reconvene before January 19 for them to take up an impeachment resolution before Trump leaves office.

Under emergency authority, however, the Senate majority and minority leader can call for a session if they both agree.

The impeachment article in the House has accused Trump of “inciting an insurrection,” referring to the storming of the US Capitol last week by supporters following a Save America rally where the president spoke and continued to push election-fraud accusations.