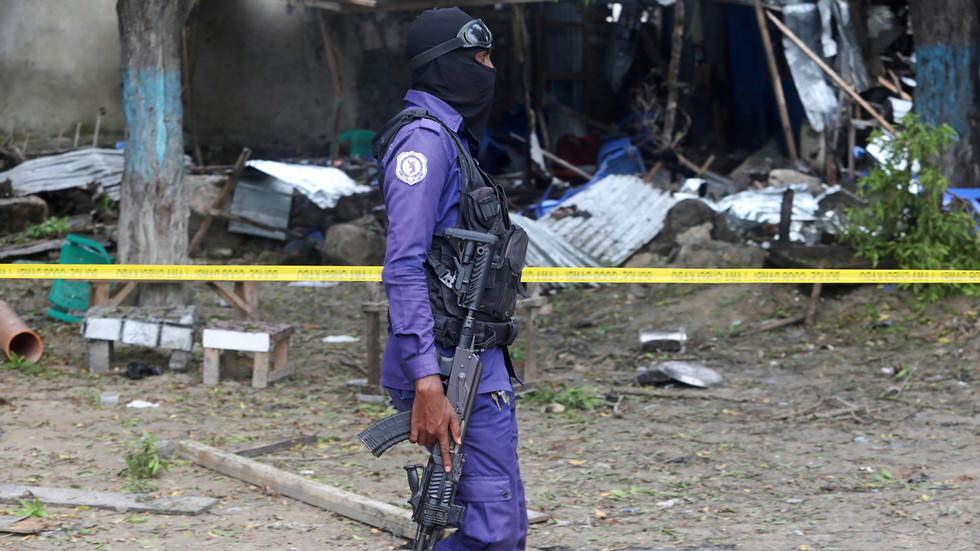 At least one large explosion has occurred in Somalia’s capital city Mogadishu. The blast, said to have happened near a popular hotel, was reportedly followed by intense gunfire.

The incident occurred in the capital city on Sunday. Imagery circulating online shows a large plume of white smoke and dust emitting after the blast.

#BREAKING: A loud blast heard in the heart of Mogadishu, the #Somali capital on Sunday afternoon followed by gunfire. More soon. pic.twitter.com/qDY1SyJaLy

While there has been no official word on the explosion, local media reports have suggested the blast occurred at the popular Hotel Afrik, located to the north of the city’s international airport. The explosion was followed by intense gunfire, Reuters reported.

Fierce exchange of gunfire ongoing between Alshabaab and Federal troops in Hotel Afrik near #Mogadishu airport.

Yet the clueless Farmaajo sanctioned deployed of Somali youths to #Tigray region. pic.twitter.com/0Ra2qcXITf

The first blast was reportedly followed by up to two more powerful explosions. So far, no information on potential casualties or damage has emerged.

“There must be casualties because the militants first started the attack with a suicide car bomb against the wall,” a police spokesman Sadik Ali told Reuters, revealing that multiple people have been evacuated safely from the hotel. “The operation still goes on, casualties will be known later.”

Some media outlets have already pinned the blame for the apparent terrorist attack on Al-Shabaab – a local hard-line Islamist militant group that has ties to Al-Qaeda. The group’s militants have repeatedly attacked various targets across the capital in the past, including some of its hotels frequented by local political and business elite. However, no one has claimed responsibility for the attack so far.

What happened with the AstraZeneca vaccine?

Brexit: ‘We welcomed the trade deal like a Christmas present’

What to do with $600 payments? CNBC asks financial advisers, gets dragged for tone-deaf & clueless tips