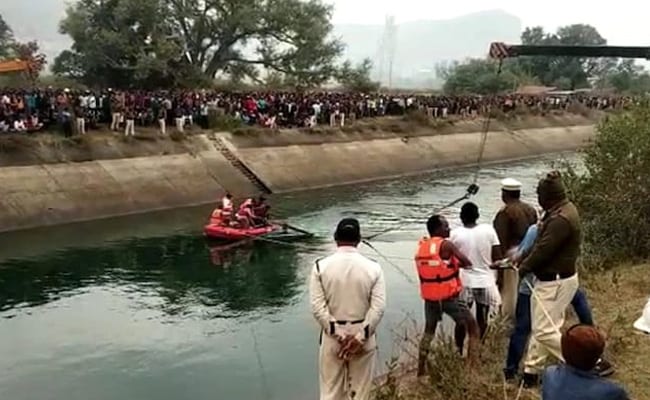 The bus accident took place on Tuesday morning and 51 people have died.

Madhya Pradesh Chief Minister Shivraj Singh Chouhan on Wednesday announced rewards of Rs 5 lakh each for three persons including a young woman who saved lives after a bus fell into a canal in Sidhi district.

Mr Chouhan, on visit to the district a day after the accident which claimed 51 lives, announced rewards for local residents Shivrani, Lavkush Lunia and an official named Satyendra Sharma for rescuing at least six persons after the bus fell in the water.

The accident took place on Tuesday morning near Patna village, 80 km from the Sidhi district headquarters.

Texas weather: The politics of the power grid

Malnutrition is rising across India - why?

Shashi Tharoor Represented India. If He’s Anti-National, We All Are Too: Ghulam Nabi Azad