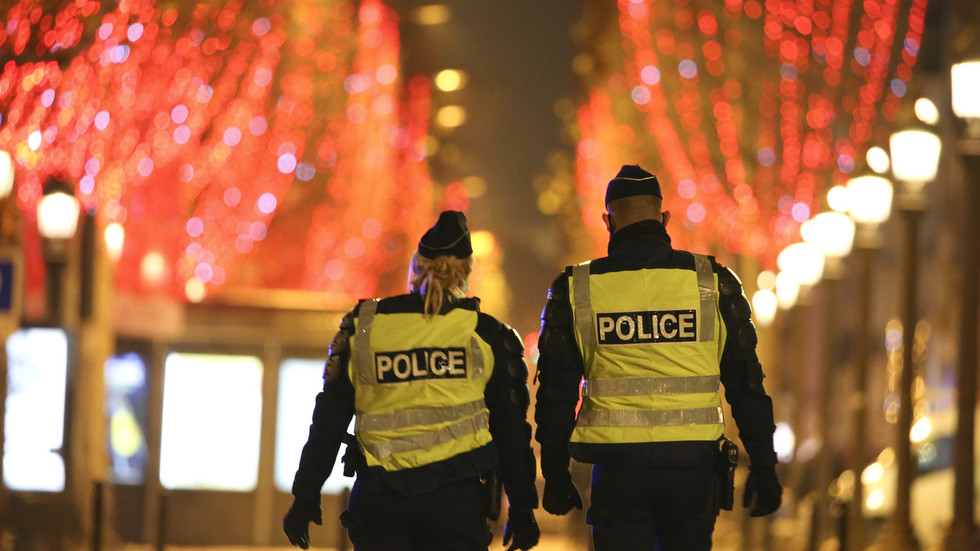 The Paris police authority has promised sanctions after a viral video showed several officers throwing a dance party at a station way past the city’s strict nighttime curfew. They did not follow social-distancing rules either.

“The send-off party was organized at the Aubervilliers police station while the curfew was in effect, and without any respect for social distancing rules,” the French capital’s regional police tweeted.

The video, published by the new website Loopsider on Wednesday, shows maskless officers doing the Macarena, dancing to other popular tunes, and hanging out close to each other.

According to the outlet, the farewell party for a lieutenant who was being transferred, took place on the evening of January 22 and lasted until around 3am. Under the existing curfew, everyone must stay at home from 6pm to 6am, unless they are out for work or essential trips like picking up groceries or medicine. Rule-breakers face being fined.

The local police chief reportedly told subordinates they could have a few drinks as long as they do it “in a small group and with respect for distancing.”

The party was held in a recreation room, where only a maximum of six people could be at once, as per Covid-19 restrictions. But around 30 people had gathered there, Loopsider said.

The video quickly sparked backlash on social media. Twitter users accused the police of double standards, since they are entrusted with enforcing the curfew. “The culture of impunity! The rules are for the commoners, not for the sheriffs,” one wrote.

“Scandalous. They issue warnings and fines for the noise at nighttime, and, on the other hand, they are above the law. As usual!” another vented.

‘It’s not as if he went to Ibiza’: Star diagnosed with Covid after traveling to Nigeria for own party gets bizarre defense (VIDEO)

Rebuilding: Conor McGregor post footage in mini-excavator as Irish star says ‘it happens to the best of us’ after UFC 257 loss