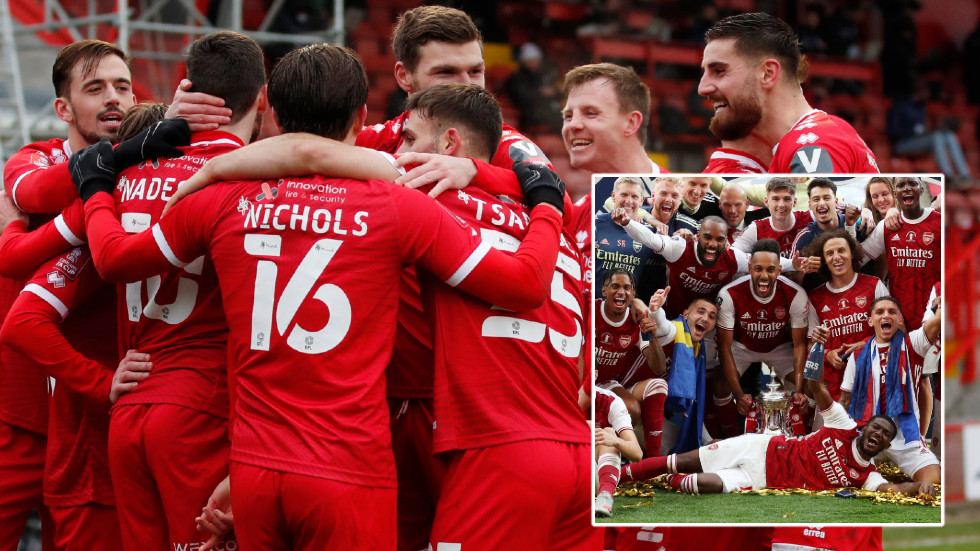 Top virologist Dr Julian Tang says that referees must be given authority to book or even send off football players who engage in close-quarters goal celebrations as the threat of the Covid-19 pandemic continues to be impact sport.

Amid the various restraints put in place to help slow the spread of the potentially deadly virus, which includes banning fans from attending games en masse, Dr Tang says that some blindspots have become apparent within the rules as the rate of infection skyrockets in the UK

He cites the example of players hugging one another during goal celebrations as a clear and obvious threat to players’ health and safety.

This criticism comes as a spotlight has been cast on football across the country as a result of increasing instances of players flouting coronavirus guidelines and breaking social distancing rules in locker rooms – an issue that political leaders have expressed “growing frustration” with.

As such, Dr Tang has said that while the UK government grapples with the spread of the virus and its new variants, referees should be given authority to penalize players who disobey guidelines on the pitch.

“If you have [players congregating], you have close contact for several seconds and that can transmit the virus,” the Associate Professor at the University of Leicester warned.

“You go home and you can spread it among your own bubble that can include elderly friends and family, which could put them in hospital or cause their death.

“So why take the risk to yourself or your contacts from a single 10 or 20-second scrum? You don’t have to do it. If it happens once, you get a yellow card and if it happens again you are off.

“It is a disincentive for that contact, recognizing that it could have much bigger consequences.”

Despite the myriad rules introduced since football’s return from its enforced hiatus last year, there have been countless examples of players appearing to disregard the guidelines on the pitch – particularly during goal celebrations.

The FA, Premier League and EFL are understood to be reminding clubs of their responsibilities this weekend, after lowly Chorley and Crawley Town were photographed engaging in wild celebrations in their dressing rooms after their respective FA Cup scalps against Derby County and Leeds United respectively.

The Premier League recently announced the worst week of positive Covid-19 tests following the festive period, mirroring the rise in cases in several regions in the UK.

As of yet, though, no individual club has received sanction for  disregarding guidelines relating to celebrating – although League Two Grimsby Town accepted a suspended fine of £4,880 for breaches of coronavirus rules after an investigation by the English Football League on Tuesday.

“If you are going to play, then be more careful,” Dr Tang added. “If the players understand the risk and support it, the rules can change and everyone accepts it for six months.”

This could be difficult to implement: the Premier League, for instance, has outlined that it doesn’t see part of the referee’s role being the mandating of social distancing on the pitch.

Critics say that Dr Tang’s approach is one that looks good on paper but is next-to-impossible to practically enforce – a stance with which Everton boss Carlo Ancelotti agrees.

“Honestly, there is no rule that says you are not allowed to celebrate,” he said recently.

Spain pushes to vaccinate all nursing home residents within a week

'At least you're not a cat!' Congress video goes wrong