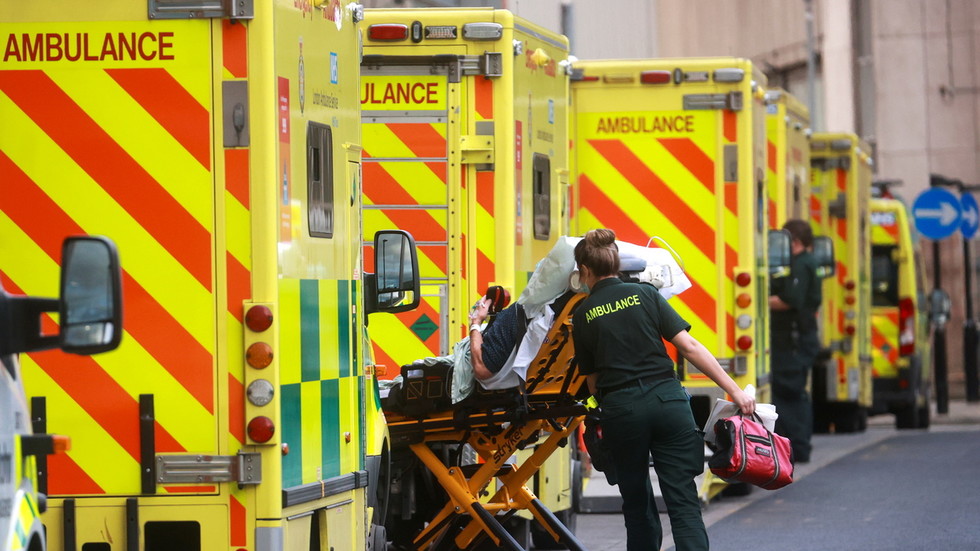 NHS England’s London Medical Director Dr. Vin Diwakar has warned senior doctors that the UK capital could run out of hospital beds within two weeks under even the best case Covid-19 scenario, according to media reports.

In an official briefing delivered via Zoom to medical directors of London’s NHS trusts, Diwakar reportedly laid out how, even if hospital admissions continue to increase at the lowest expected rate and the government increases capacity by opening the region’s emergency Nightingale hospital, NHS London will still fall short of around 2,000 beds in 12 days.

The Health Service Journal published some of the slides Diwakar presented during his briefing which lay bare the stark forecasts for hospital bed capacity in London in the coming weeks.

Six of the 18 trusts in London are already without a spare bed and, last week around 900 patients were left waiting in ambulances outside emergency rooms in the city because hospitals did not have the staff available to admit them.

The impact of the pandemic is not just on those infected with the virus. In order to address the spike in demand for Covid-19 admissions, hospitals are being forced to cancel non-emergency care, such as cancer and cardiac surgery, as well as rejecting patients who aren’t in a critical state.

The London Ambulance Service has put out a call to all residents in the capital to only contact them in an emergency, as they struggle to cope with the number of calls. While the NHS was ready to take 6,000 calls a day last week, they were receiving up to 8,000 requests for medical support.

#Covid19 cases are increasing in London and so is the pressure on our services.

*Please* help us help you and only call 999 for life-threatening emergencies.

For urgent medical help when it's not an emergency please go to 111 online or call 111 if you cannot get online.⬇

While the UK reported a record 62,322 new infections on Wednesday, some 14,892 of those cases were in London. Over 453,000 of the nation’s total Covid-19 cases have been identified in the capital, according to data released by Public Health England.

‘An absurd and unfair cruelty’: Lawyer LASHES out as Karim Benzema faces trial for role in BLACKMAIL against teammate Valbuena