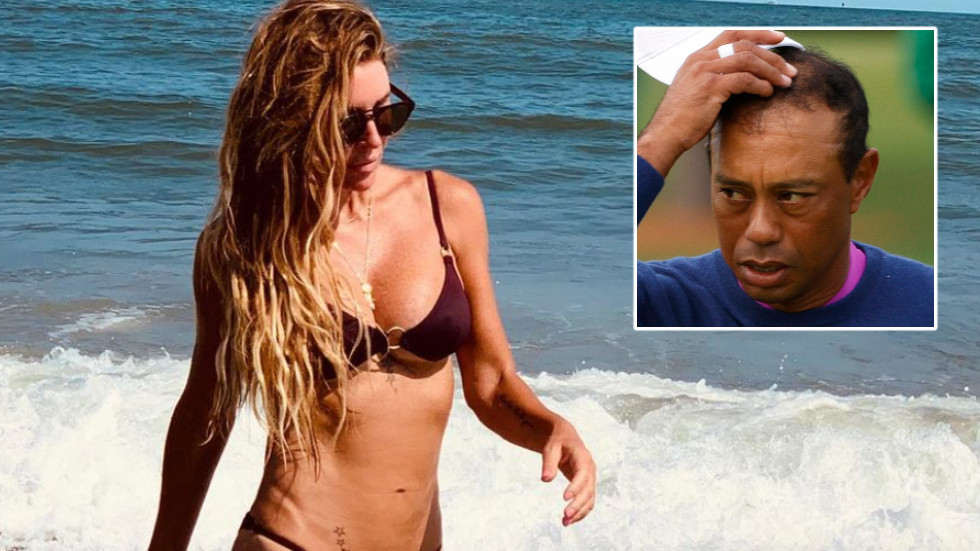 Rachel Uchitel, the ex-nightclub manager who was at the center of a sex scandal with Tiger Woods in 2009, has pleaded for the media and public to stop being “very angry” with her, adding that she owes an apology to “one person”.

More than a decade after becoming embroiled in one of Woods’s string of affairs, Uchitel is desperate to set the record straight and move on from what the 45-year-old sees as continuing harsh treatment by the public.

She reportedly told a new two-part documentary on Woods about their first meeting at a nightspot in New York, when she recalled that they had spoken for hours before he became “recharged” by their liaisons.

“He’s moved on,” Uchitel told NECN of Woods, who divorced his wife, former Swedish model Elin Nordegren, in 2010 after confessing to numerous infidelities.

.@RachelUchitel’s emotional interview about the aftermath of the Tiger Woods scandal: "I made a mistake. Everybody makes mistakes."

“I clearly haven’t wanted to cause any anger in those people because that is not who I am and that is not a position that I want to put anybody in.

“They are putting a lot of their personal anger on me for their own personal issues.”

Uchitel appeared to suggest that Nordegren should be the sole recipient of her sorrow. “It’s on my shoulders and that’s been really hard for me to take when my personal story has been with two other people,” she said.

“Those are the only people that you know my apology goes to. Or one person, really.”

Uchitel told Extra that she hoped the documentary would help her step out of the shadow of “shame”.

“I made one wrong turn 10 years ago. I didn’t throw somebody down the stairs. I didn’t kill someone. I made a mistake. Everybody makes mistakes.”

Earlier this week, Uchitel denied having an affair with her new boyfriend, Ed Batts, and explained that he had “been separated” from his wife before they began their relationship.

Batts’s estranged wife, Robyn, claimed to the Daily Mail that her husband had left her and their children shortly after meeting Rachel online in November, alleging that he closed their shared bank account and even had his Porsche shipped to Florida to be with her.

“It’s sad that the media has yet again taken a story out of context and are trying to paint me as a mistress when that is not the case,” Uchitel told Page Six, adding that Robyn’s story was an attempt to “publicly humiliate” Batt.

Italy landslide pushes hundreds of coffins into the sea

More than 1,800 prisoners escape in Nigeria

Covid: Oxford-AstraZeneca vaccine to be tested on children