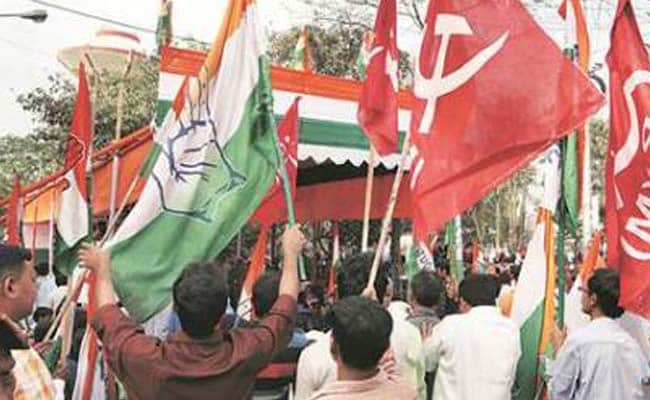 CPM and Congress are contesting the West Bengal assembly elections in an alliance.

The Left and the Congress have decided how they will carve up 230 of 294 seats for West Bengal’s assembly elections due in April-May and set themselves a deadline for dividing the remaining 64 seats by the 15th of February.

The objective: to iron out all creases in the alliance by the time Congress leader Rahul Gandhi comes to Kolkata on February 28 to address a joint rally by the two allies at the brigade parade ground.

The deadline came on a day the Prime Minister attacked both the Left and the Congress of “match-fixing” with Mamata Banerjee’s Trinamool Congress.

“They are meeting secretly and making plans. Even in Kerala, they have decided the Left will rule for five years and the Congress will rule for the next five years. You should not be part of this bluff,” PM Modi said.

The Left has hit back attacking the Prime Minister for loose talk. “If anyone is doing match-fixing, it is the BJP and Trinamool,” said Sujan Chakraborty, CPM MLA. “The Prime Minister has been advised BJP will not win in Bengal and so he is making excuses.”

Meanwhile, on the seat-sharing front, no numbers were revealed at the end of a nearly three-hour meeting in Kolkata today at CPM headquarters at Alimuddin Street. An earlier seat-sharing formula for 193 of the state’s 294 seats was scrapped.

Instead of juggling numbers, it was decided to go through each seat individually before allotting it to either the Left or the Congress, sources said.

The allies also discussed an offer by the new political front in Bengal – the Indian secular Front or ISF – to fight the polls jointly.

But Congress leader Adhir Chaudhury did not want to commit any seats just yet as Abbas Siddiqui had not written to him.

Meanwhile, at Vidhan Bhavan, the Congress headquarters in Kolkata, the party’s in-charge for Bengal Jitendra Prasada, held meetings with different party cells underscoring the need to speed up alliance talks on not just seat-sharing but also a campaign plan.

Mr Prasada is reported to have said that the Congress leadership was keen on an early resolution of all issues so that a joint campaign could begin in Bengal in right earnest.