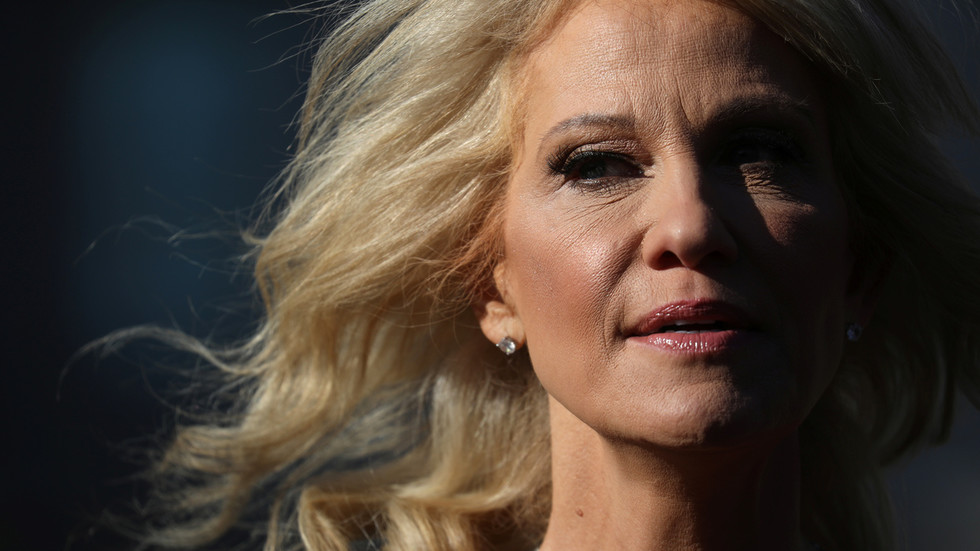 Police in New Jersey have reportedly launched an investigation into former Trump adviser and spokeswoman Kellyanne Conway, after her 16-year-old daughter claimed that her mother posted a nude image of her on Twitter.

Four officers with the Bergen County Prosecutor’s Office and Alpine Police Department showed up at Conway’s mansion on Tuesday, with papers in hand. Alpine Police Chief Christopher Belcolle told the New York Post that “an investigation is being conducted,” but couldn’t reveal more due to the daughter, Claudia Conway, being a minor.

The latest Conway family feud began on Monday, when Kellyanne allegedly posted a nude photo of Claudia to her Twitter Fleets, before swiftly deleting it. Claudia then posted a video to TikTok declaring that her mother was “going to f**king jail,” adding that the picture was “from months ago,” and said she suspected either that her mother had copied the image to her own phone having confiscated her daughter’s, or that someone had hacked her mother’s phone.

The Conways have gained a reputation as one of America’s most dysfunctional political families. While Kellyanne worked for the Trump administration, husband George Conway dedicated much of the last several years working to remove Trump from office, teaming up with a gaggle of ‘Never Trump’ Republicans to found the ‘Lincoln Project’ PAC.

Claudia is also an outspoken critic of Trump, and gained a massive social media following for her leftist rants and for publicly accusing her mother of being “physically, mentally, and emotionally abusive.”

Claudia Conway was hailed by anti-Trump #Resistance types for her posts, but the volatility at home eventually took its toll on her mother’s career. In August, Kellyanne Conway left the Trump administration, saying it was time for “less drama, more mama.”

Uganda elections 2021: Who is Bobi Wine?