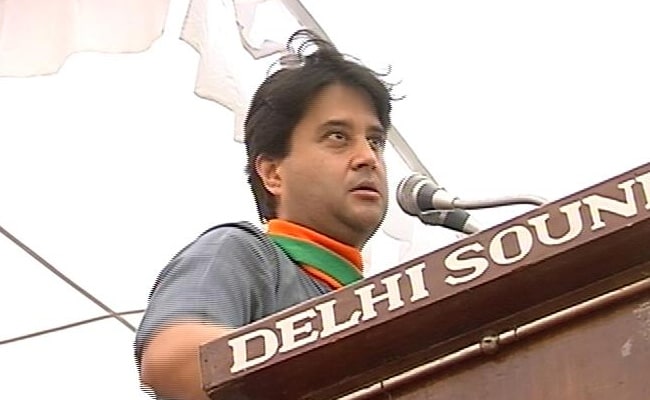 BJP’s Madhya Pradesh in-charge P Muralidhar Rao has termed Jyotiraditya Scindia as the “leader of the entire BJP”, and said the Rajya Sabha member and others who had joined the party along with him do not have any feeling of insecurity.

Talking to reporters on Sunday on the sidelines of first meeting of the state BJP’s newly formed executive committee, Mr Rao said now Jyotiraditya Scindia is not just the leader of those who left the Congress along with him (last year) and joined the BJP but of the entire party.

“He is the leader of the entire BJP. Mr Scindia or those who have come with him to the party have no feeling of insecurity,” he asserted.

“All these leaders may have come from anywhere, now they have gelled with the BJP,” he said.

He was replying to a query on Jyotiraditya Scindia loyalists not getting adequate representation in the executive committee.

“Tell me what is this adequate space? Have all our workers, who worked tirelessly to enrol one crore members in the (state) BJP got an opportunity (in the newly set up executive committee)?” he asked.

“Please remember that we pushed behind our senior leaders to give ministerial berths to those who came to the BJP along with Jyotiraditya Scindia,” Mr Rao said.

There is no issue of giving more or less weightage to any leader in the BJP, he added.

In March last year, 22 Congress MLAs, mostly Mr Scindia’s loyalists, quit Congress and resigned from their Assembly membership, leading to the collapse of the Kamal Nath government in the state.

The BJP then returned to power in the state under the leadership of Shivraj Singh Chouhan.

India Downgraded To Partly Free In Report By US Think Tank

World Health Organization Warns, Do Not Let Long Covid Fall Through The Cracks