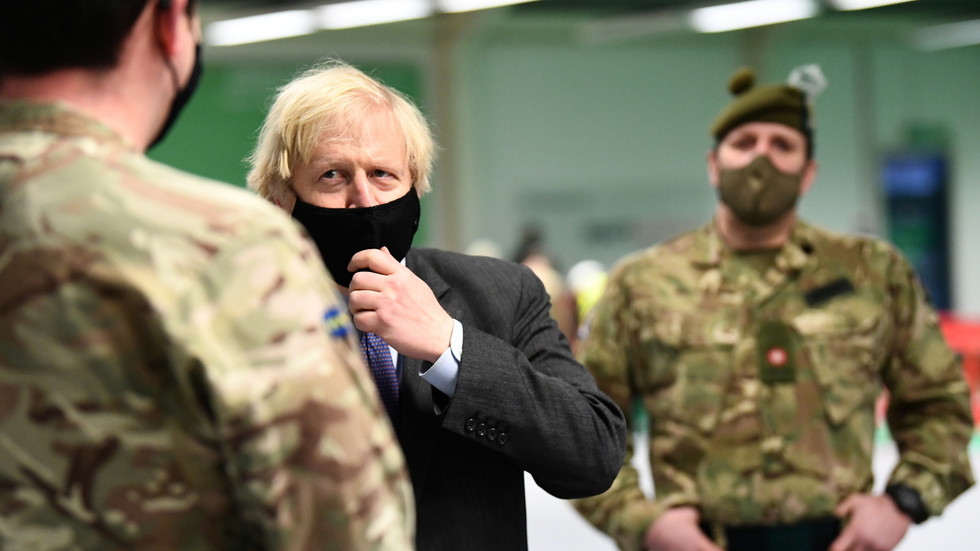 UK Prime Minister Boris Johnson has told Scottish nationalists that there’s no point in talking “endlessly” about another referendum on independence as it amounted to “pointless constitutional wrangling”.

The British leader’s comments come after recent opinion polls showed a majority in Scotland would back independence. Two separate polls published in January showed support ranging between 49 and 52 percent for Scotland going its own way and leaving the UK.

“I don’t think that the right thing to do is to talk endlessly about another referendum when I think what the people of the country and the people of Scotland want in particular is to fight this pandemic,” Johnson said while visiting the country on Thursday.

I don’t see the advantage of getting lost in pointless constitutional wrangling when after all we had a referendum not so very long ago.

Johnson was north of the border to highlight the rapid rollout of coronavirus vaccinations across Britain, but his visit was beset by claims that he was flouting the UK’s lockdown rules that ban non-essential journeys.

A spokesman for Police Scotland said that it had received a number of complaints about the visit. The force was providing security for the PM.

The day before his visit, Scottish First Minister Nicola Sturgeon questioned whether Johnson’s trip qualified as “essential” under the current restrictions.

On Sunday, Sturgeon laid out a new strategy to hold a second referendum on the independence question if her Scottish Nationalist Party is returned to the regional parliament in Edinburgh in the elections on May 6.

Westminster must formally give its approval to any such referendum, though Sturgeon insists the same laws that created the devolved Scottish parliament give it the power to call a second independence vote.

In 2014, Scottish voters rejected independence by 55 to 45 percent. Johnson has said he believes that result should stand for at least a generation before considering another referendum on the issue.

“The very same people who…go on and on about another referendum also said only a few years ago, only in 2014, that this was a once in a generation event – I’m inclined to stick with what they said last time,” Johnson reiterated on Thursday.