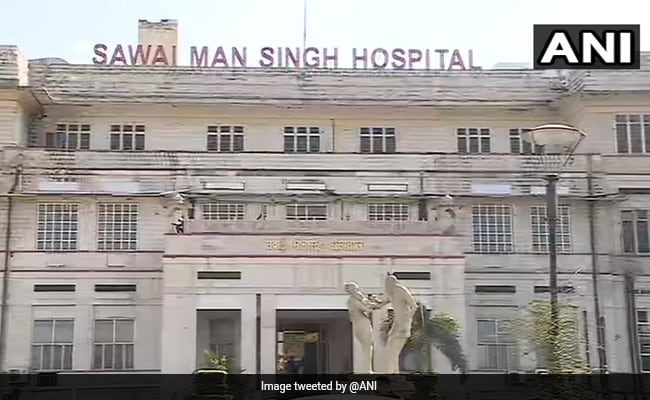 Annoyed over the incident, the nursing staff at the hospital boycotted work for a few hours.

Relatives of man who died at Jaipur’s government-run Sawai Man Singh hospital thrashed a staff member and vandalised a ward on Monday, resulting in disruption of services there.

Annoyed over the incident, the nursing staff at the hospital boycotted the work for a few hours.

Police have arrested three people and Hospital Superintendent Dr Rajesh Sharma assured the nursing staff to look into their demands after which they returned to work.

“A man who was injured in a road accident was admitted to the trauma centre of the hospital three days ago and he died on Sunday night. His relatives thrashed one of the nursing staff in the early hours on Monday and vandalised a ward,” Ashok Nagar SHO Surendra Saini said.

He said a relative of the victim had entered into a spat with a sweeper in the trauma centre. After the death of the patient, the family members thrashed a male employee.

He said three people have been arrested in this regard so far.

After the incident, the nursing staff led by their association president, Pyare Lal Chaudhary, boycotted the work and protested in front of the hospital superintendent’s chamber.

The nursing staff member, Muniraj Meena, was badly thrashed by the accused in the neurosurgery ward, Chaudhary said.

We demanded action against all accused, strengthening of the security for the nursing staff and a police post in the trauma centre, Mr Chaudhary said.

He said after assurance from the superintendent, they returned to their work. Health Minister Raghu Sharma also spoke to the hospital superintendent, asking him to ensure that no such incident is repeated in future.

“Such incidents cannot be tolerated and security of doctors and nursing staffers is paramount for us. I spoke to the superintendent and asked him to take stern action in the matter,” the minister said.

‘When everyone is chipped’: Russian boxing champ jokes about conspiracy theory and calls masks ‘depressing’ as he plots next fight

Man Arrested Under Anti-Conversion Law In UP: Cops