Home > EUROPE > ‘It’s preposterous that anyone is unaware of our duty’: London police chief vows to step up enforcement of Covid-19 rules 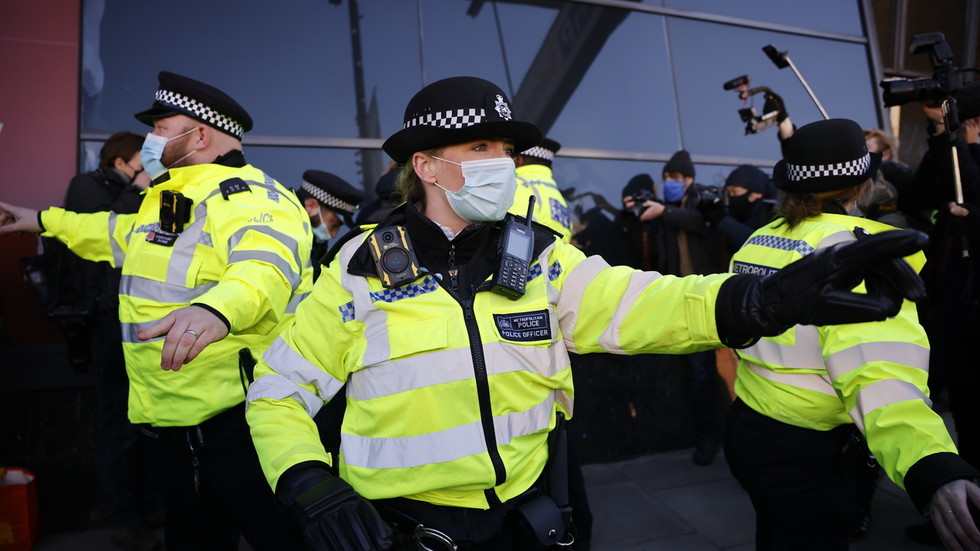 ‘It’s preposterous that anyone is unaware of our duty’: London police chief vows to step up enforcement of Covid-19 rules

The head of London’s police force vows officers will act “much more quickly” against people who fail to comply with the recent Covid-19 restrictions.

“Sadly, a small minority of people continue to flagrantly ignore the rules – for example, by holding house parties, meeting in basements to gamble, or breaking into railway arches for unlicensed raves,” Metropolitan Police Commissioner Cressida Dick wrote in an op-ed for The Times.

It is preposterous to me that anyone could be unaware of our duty to do all we can to stop the spread of the virus. We have been clear that those who breach Covid-19 legislation are increasingly likely to face fines.

Dick warned that “those who break the rules or refuse to comply where they should without good reason will find officers moving much more quickly to enforcement action.”

She noted that, although the capital’s police force remains “in remarkably good shape,” there is an increasing personnel shortage, as “larger numbers of officers self-isolate due to the use of contact tracing.”

London Mayor Sadiq Khan declared “a major incident” across the city on January 8, after the number of Covid-19 cases exceeded 1,000 per 100,000 people.

“The stark reality is that we will run out of beds for patients in the next couple of weeks unless the spread of the virus slows down drastically,” the mayor said.

A new lockdown was imposed in England and Scotland just days after New Year’s Eve and only a matter of weeks after the authorities launched a nationwide immunization campaign using the Pfizer/BioNTech vaccine. People can be fined up to £6,400 ($8,670) for breaking Covid-19 restrictions in England.

A few dozen maskless protesters gathered for an anti-lockdown march in London over the weekend. The rally was dispersed by police, and 12 people were arrested.

China tells 4.9 million people to quarantine in their own home amid fears of a Covid-19 resurgence near the capital