Home > WORLD > ‘It’s going so much better’: Evgenia Medvedeva on kissing puppies, her new food obsession and her return to fitness (VIDEO) 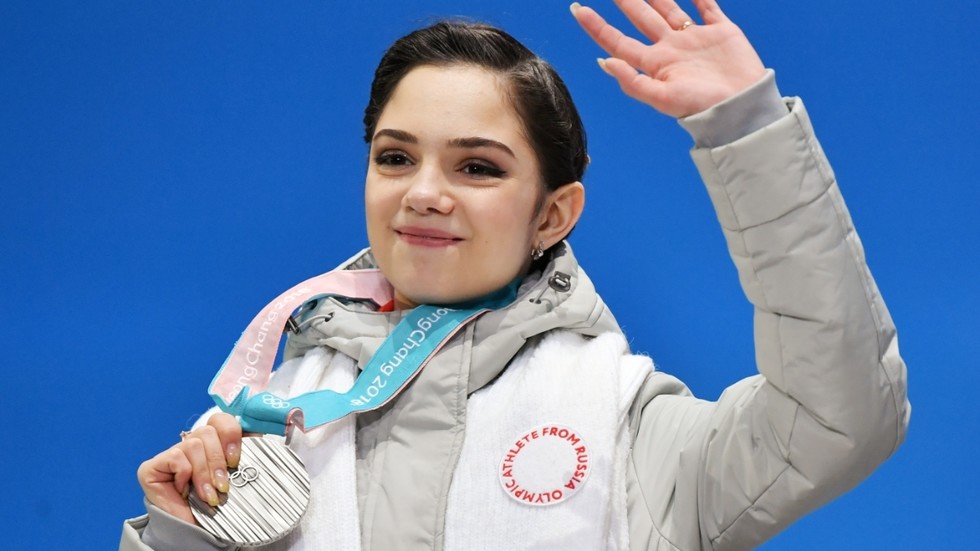 ‘It’s going so much better’: Evgenia Medvedeva on kissing puppies, her new food obsession and her return to fitness (VIDEO)

Russian skating siren Evgenia Medvedeva has shared a little personal information about herself during a special interview for the Olympic Channel.

During the chat, the Olympic silver medallist shared five unique facts about herself as she revealed some of the personal quirks that make her who she is.

“First, I have a habit of kissing my puppy on the belly,” she explained.

“An imprint of red lipstick remains. When mom sees this, she asks: “What is this?”

She also revealed that she had recently tried green olives for the first time and “…today I ate two packs. Delicious!”

We asked Olympic silver medallist Evgenia Medvedeva to tell us 5 facts we don't know about her. 😍

The skating superstar also revealed she’s a big fan of the TV series “Sherlock” and had binge-watched the series for a seventh time.

And the 21-year-old said that she starts her daily routine by checking out social media, although she said she pays more attention to likes than comments – not a bad move for a female athlete in the public eye.

The two-time world champion also sat down for a more wide-ranging interview and revealed that she’s trying to recover from a back injury to give her a chance to compete.

“In this season, I’ve got a lot of health challenges and I’m still fighting against them,” she said.

She also admitted that, with women’s skating evolving at a rapid pace and the demands on the world’s top skaters to produce quad jumps and triple Axels, she faces an uphill battle to return to the sort of competitive level to challenge at the very top of the sport.

“My back is still challenging me on triple jumps, so I’m doing my best to stay healthy and, maybe, who knows?” she said.

“Who knows what will happen in the future? But talking from today, I’m not in a health condition to do difficult jumps.”

While she wouldn’t specifically commit to an Olympic challenge, Medvedeva said that she’s just looking to return.

“The only thing that I can tell you now is that I’m doing my best to stay healthy and to be able to prepare for the competitions… to be in shape,” she said.

Kamala Harris: ‘Believe in what we can do together’