Home > WORLD > ‘It’s all about the money’: Canelo issues sparring invite to YouTube brothers the Pauls and claims they ‘lack respect for boxing’ 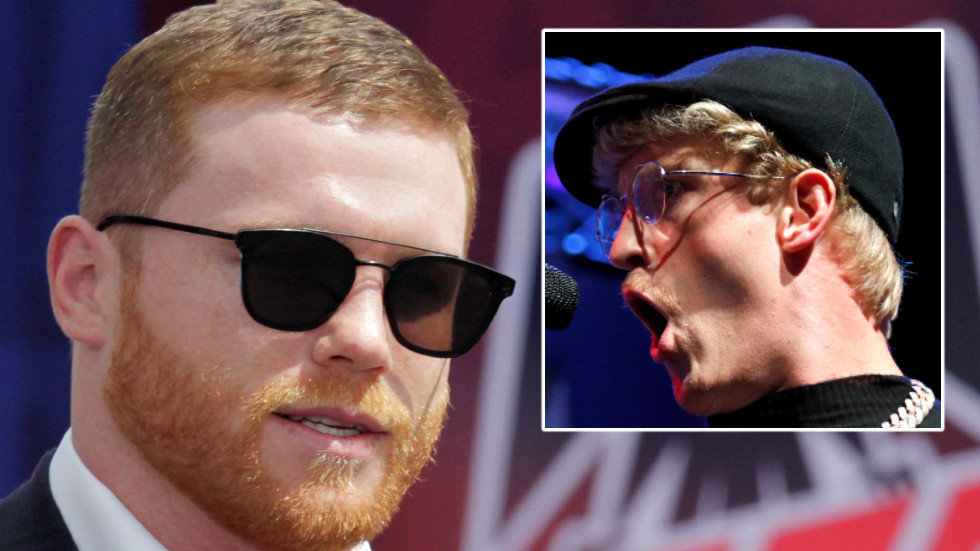 ‘It’s all about the money’: Canelo issues sparring invite to YouTube brothers the Pauls and claims they ‘lack respect for boxing’

Pound-for-pound great Saul ‘Canelo’ Alvarez says he has no interest in a money-spinning showdown with YouTube sensations the Paul brothers, although he says he would happily put either through their paces in a training session.

Canelo has his hands full when he takes on undefeated Englishman Callum Smith in Texas on Saturday night in a fight billed as one of the year’s most significant bouts – but in a boxing landscape largely governed nowadays by the number of Instagram followers fighters can boast rather than professional records, Alvarez says that the new trend developing within prizefighting concerns him.

Whatever the broadcast numbers for Saturday’s scrap end up being, it is likely that they won’t eclipse the stunning figures announced for last month’s fight between Mike Tyson and Roy Jones Jr – a pugilistic curiosity that was bolstered by the appearance of YouTuber and professional prankster Jake Paul on the undercard.

Along with his older brother, Logan, Jake has made frequent forays into boxing in the last couple of years and despite many figures within their sport scoffing at the concept of novice boxers topping fight cards, the sheer bottom line is proving to be an attractive commodity for promoters.

Logan – a winless boxer with two fights (one amateur and one professional) under his belt – has managed to talk himself into a February exhibition bout with unbeaten great Floyd Mayweather and Canelo, who has frequently called for a rematch with the one man to beat him in his pro career, has stated his disdain for the idea.

“You know, it’s all about the money,” Canelo said to TMZ via translation.

“I don’t think we would agree that people that are basketball players, that are YouTubers get licenses.

“I don’t criticize [the Paul brothers]. This is a very risky sport, and if you go up there, it’s very risky.”

The simple fact of the matter is that Canelo would almost certainly make more money fighting one or both of the Paul brothers that he will for Saturday’s clash with Smith, but he says that the athletic challenge means more to him than that numbers on his paycheck.

“No,” he declared when asked if he would consider fighting either of the Pauls. “I truly believe that it’s a lack of respect.

“It’s all based on money. It’s all for money. I’m focused right now on other projects.”

Having said that, Canelo isn’t against the idea of inviting Jake and Logan to spar at his gym, and says that they would leave with a newfound respect for top-level boxing.

“I have other stuff going on, and I would invite him for a sparring session so that he truly knows what it’s all about,” he said.

Summing up his feelings on Jake, Logan and their very specific brand of fight promotion, Canelo suggested that their antics fly in the face of the accepted practices of the ‘sweet science’. “For true fighters, I do believe it is a lack of respect,” he said.

Stay home for Christmas despite your FOMO, as ‘few more months of sacrifice’ lie ahead, WHO’s top official in Europe urges

Italy smoking: Want to light up in Milan? Not any more, you can't