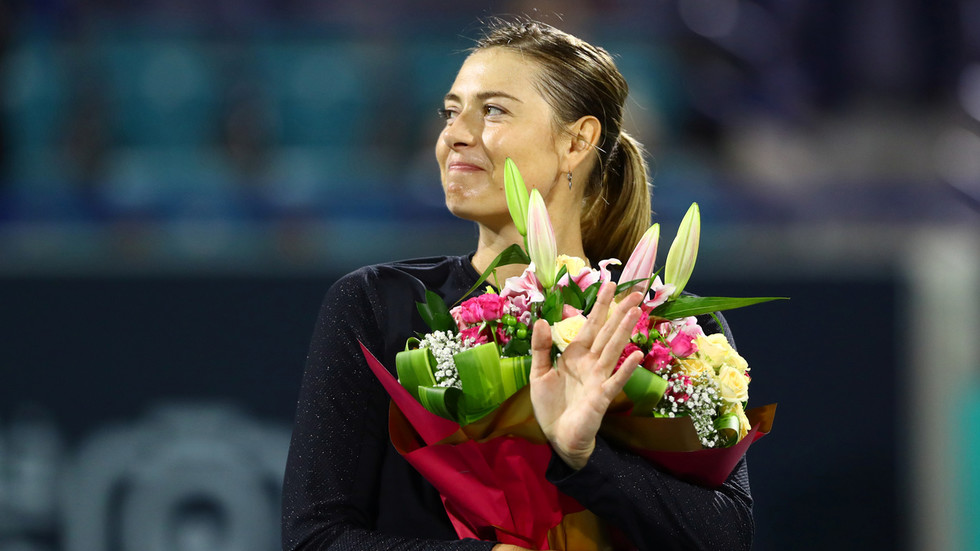 ‘It was tough to find moments of inspiration’: Maria Sharapova explains ending her tennis career after ‘incredibly difficult’ ban

Russian former world number one tennis player Maria Sharapova has opened up about her reasons for retiring, explaining that injuries and her doping ban made it difficult to find “moments of inspiration” that would “keep me going”.

The five-time Grand Slam winner has spoken about her shock doping ban which kept her out of the sport for more than a year, confessed that it seriously affected her mindset and physical shape.

Sharapova served a 15-month suspension for taking the prohibited substance meldonium before returning to tennis in 2017 – by which point, she has admitted, she had expected to have almost retired from the game she excelled at.

“It was incredibly difficult realizing that a sport I had played since I was four years old was taken away from me for that amount of time,” she told the “Skimm’d from the Couch” podcast.

“Every single morning, even if I was on vacation or on my break, I knew that in a few weeks’ time I would be competing somewhere around the world.

“To wake up for that period of time and to go through arbitration and not practicing and not keeping my body in that toned shape, that mindset – it’s interesting because, as an athlete, it’s so automatic and we feel like we’re at the top of our game all the time.

“But it’s so difficult to maintain that and it’s so easy to lose that. Even if it’s just a week or two weeks, it takes the same amount of time to get that back.”

Sharapova managed to win a WTA title in Tianjin and reach the quarterfinals at Roland Garros before her career was interrupted again by a second shoulder surgery.

She said that she realized that she was approaching the end of her sporting career after sustaining the second injury.

“I had shoulder surgery and another shoulder injury by that time, so I knew that I was closer to the end of my career than the beginning.

“I knew that with accomplishments and victories… the more money you’ll have in the account,” she added.

“You have to work hard for what you earn and, especially in America, nothing comes for free.”

Last year, Sharapova retired from professional sports, having missed a major part of the 2019 season due to the injury.

She announced her engagement to millionaire UK art dealer Alexander Gilkes in December, and was reported earlier this week to have received a ring worth around $410,000 to mark the celebration.

I’m happy I can get a shot of Russian vaccine & escape this ‘prison’, self-isolating filmmaker Kusturica tells RT

'Child among four dead' in shooting at office building in Orange, California