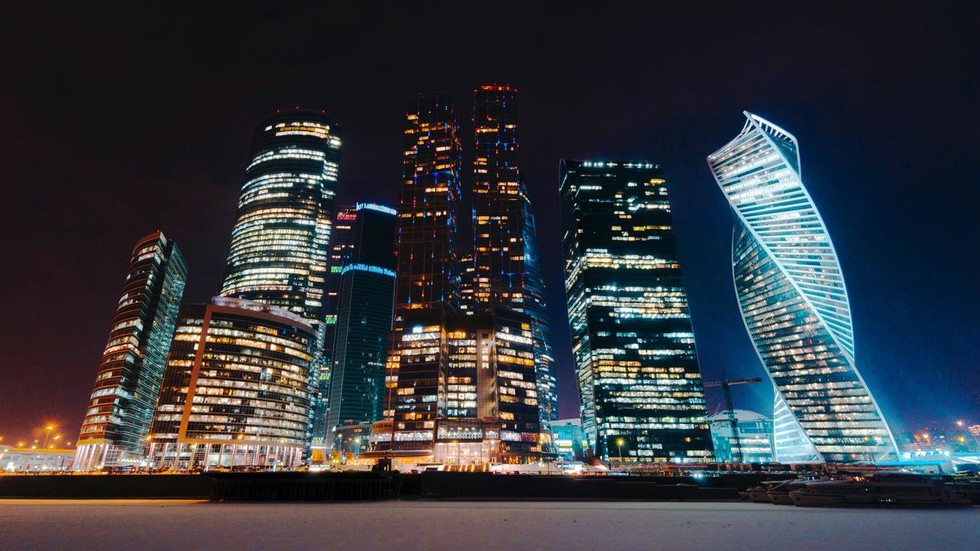 The chorus of doom mongering Western experts and media commentators has failed to send Russians scrambling to buy tinned goods or trading cash for precious metals, as their gloomy predictions again failed to come to pass in 2020.

Amid a sea of worrying forecasts for the country over the course of the year, the NATO-affiliated Atlantic Council ended December by warning that “Russia is in retreat as the Soviet collapse continues.” In a lengthy essay on challenges at home and abroad, it delved in depth into what it termed a “disastrous” period for the country, and for President Vladimir Putin personally. But, the rigidly anti-Moscow lobby group said, the torrid year “fit into a far broader pattern of Russian retreat dating back to 1991.”

Over the summer, US state-run broadcaster Radio Free Europe had reported comments from Harvard political scientist Joseph Nye, who also insisted that the country is a “declining state,” while admitting that it “has to be taken very seriously.” This kind of posture has been dubbed ‘Russophrenia’ in the past – with the nation being cast both as a deadly villain and a basket case in the same breath.

Then, just this week, the editorial director of US-government bankrolled online journal ‘Riddle Russia’ took to Twitter to insist that “Russia is in decline the same way that Rome was before and during Aurelian’s rule. It is inevitable but it might take a while.” However, while that assertion may resonate with his journal’s sponsors, it doesn’t tally with other assessments of the country’s fortunes.

In reality, few Russians appear worried by the latest in the succession of catastrophic diagnoses for their country’s economic, political and military power, emanating from a small cohort of talking heads online. Academic accounts are also more sceptical of their claims, with a joint study published in May, authored by political scientists in Moscow and at America’s Harvard University, finding that indicators of Russia’s national power all rose compared to Western competitors between 1999 and 2016, contrary to predictions and perceptions throughout the period.

Despite this, in November, British newspaper the Daily Express ran an alarming expose outlining how “Russia is on the brink.” Their report set out how “Moscow’s plan to conquer the world has been exposed,” and President Vladimir Putin should be “very nervous.” However, not all was lost, because the country had been thrown a “lifeline” in the form of a two-decades old book written by peripheral right-wing academic Aleksandr Dugin, in which he explains how a revanchist Russia can carve up Central Europe from the Baltic to the Black Sea. Dugin, who was fired from his Moscow State University teaching job in 2014, is a popular bogeyman in the West but a marginal figure at home.

Given that no such orders for world domination have yet been given, it would apparently follow that total collapse is now on the cards. And yet, Russia’s finances have proven relatively resilient during the downturn that has followed the Covid-19 pandemic. In December, it was reported that the country’s economy, the world’s sixth largest (measured by Purchasing Power Parity), would contract by 4.5 percent, with economists expecting it to bounce back by the end of 2021. By contrast, the UK and France, with smaller economies by the same measure, which imposed a series of tough national lockdowns, are facing declines of more than 10 percent.

At the same time, Swedish state-funded Russian-language news site Meduza ran a headline warning that the pandemic would “lead to complete economic collapse” in the country because of requirements for businesses to put staff on paid leave, while many proprietors were struggling to shore up their cashflow. However, this catastrophic prediction has similarly not come to pass. While Putin warned earlier this week that unemployment would have to be the government’s primary focus this year, according to figures from the state statistical service Rosstat, the unemployment rate as of November was around 6.1 percent, which is bad, but not catastrophic. The equivalent figure for the US, for example, remained higher, at 6.7 percent.

In terms of political and military links as well, Russia shows few signs of retreating into obscurity. Last year, a Moscow-brokered ceasefire brought relative calm to a bloody war between Azerbaijan and Armenia over the disputed province of Nagorno-Karabakh. The region, at the intersection of Europe and Central Asia, has traditionally been a battlefield for influence between Russia and the US. But, in this case, Washington was nowhere to be seen in the conflict, with Russian global affairs expert and chairman of the Presidium of the Council on Foreign and Defense Policy, Fyodor Lukyanov, arguing that it demonstrated “America is no longer a neighbour to every country on Earth.”

Russia’s ability to project power has grown over that period as well, with military spending growing by around 175 percent over the two decades since 2000. Russia’s home-grown defense industry has, at the same time, become a world leader in advanced weaponry, with its development of the S-400 anti-airplane launcher sparking fears in the US that the country’s capabilities are pulling ahead. So concerned is Washington over the system’s ability to target its F-35 warplanes that the White House has levied sanctions against fellow NATO member Turkey just for ordering it.

While it may appear that claims of Russia’s death have been greatly exaggerated, the genre has a proud history. As far back as 2001, chin-stroking US publication the Atlantic published a soothsaying spotlight on the country, which argued that its future was now bound to be characterized by “the unstoppable descent of a once great power into social catastrophe and strategic irrelevance.” However, for another year at least, there are few signs that the central premise of its headline, “Russia is finished,” will come to pass.

The statements, views and opinions expressed in this column are solely those of the author and do not necessarily represent those of RT.

Police officer dies after being injured during US Capitol riots

‘I didn’t miss the game at all’: Tennis ace Nick Kyrgios happy to return at Australian Open – but admits no love lost for rivals

Arab Spring: How the uprisings still echo, 10 years on

Mask off: Fauci says lack of ‘candor’ from Trump administration about Covid-19 likely cost lives, gets accused of hypocrisy

India’s Next Phase Of Covid Likely To Be Localised Outbreaks: Experts