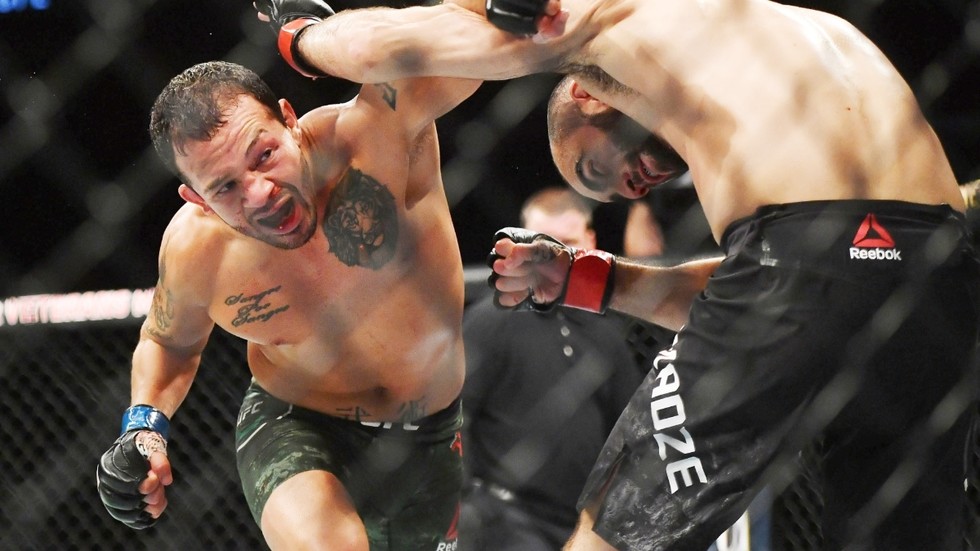 UFC bantamweight fighter Irwin Rivera is set to face charges of attempted murder after being arrested following a double-stabbing in Palm Beach, Florida on Thursday.

In an incident first reported by MMA writer Eric Kowal, Rivera is understood to have admitted attacking his two sisters, and told police he had killed them for “a higher power.”

However, according to a police report, despite sustaining multiple stab wounds to multiple areas of their bodies, both women, aged 22 and 33, are alive and being treated in hospital for their injuries.

Rivera was subsequently arrested and jailed in West Palm Beach.

I was just sent this document by the police department pic.twitter.com/Z6ypCkmICx

A statement issued by the UFC to MMA Fighting stated their knowledge of the incident.

“UFC is aware of the recent incident involving Irwin Rivera and subsequently received information from his management that he has been exhibiting behavior consistent with mental health issues,” the statement read.

“The allegations are extremely troubling, and the organization is currently gathering additional information.

“The investigation is ongoing and any potential next steps, including disciplinary action or medical attention, will be determined upon the conclusion.

“Furthermore, UFC has informed Rivera’s management that he will not be offered a bout at this time.”

Rivera joined the UFC in 2020 and fought three times, winning once and losing twice in the octagon. In his most recent appearance, he lost a split decision verdict to Andre Ewell in September.

Biden raises vaccination goal to 1.5m a day after criticism

Covid-19: The road back to Wuhan