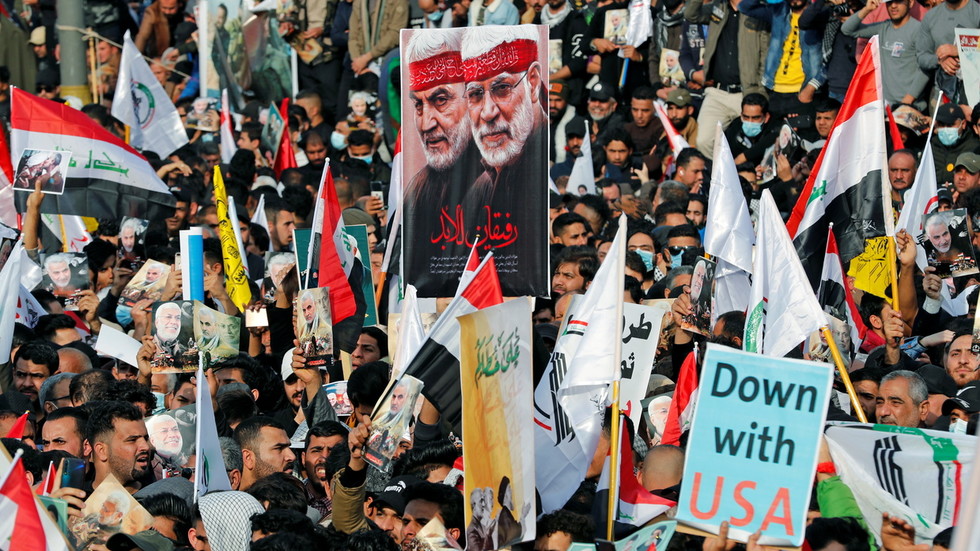 A court in Baghdad has asked that President Donald Trump be detained as part of an investigation into the assassination of a Shia militia chief who died in a US airstrike alongside Iranian General Qassem Soleimani.

An investigative court in Baghdad’s al-Rusafa district “issued an arrest warrant” against “the outgoing President of the United States, Donald Trump,” Iraq’s Supreme Judicial Council said in a statement on its website.

The court is tasked with investigating the death of a powerful leader of Iranian-backed Shia militia, Abu Mahdi al-Muhandis. The proceedings against Trump were launched in accordance with Article 406 of the Iraqi Penal Code, which deals with premeditated and aggravated murder, the statement said.

The Supreme Judicial Council said in late December that the court was studying video clips of Trump’s remarks pertaining to the case.

In January 2020, al-Muhandis was killed in a US airstrike near Baghdad’s airport along with Qassem Soleimani, who led the Quds Force, a unit of Iran’s Islamic Revolutionary Guard Corps responsible for operations abroad.

US officials said that Soleimani and al-Muhandis, who was blacklisted by the US government in 2009, were conducting and plotting terrorist attacks against Americans in Iraq.

The killing instantly sparked major uproar in Tehran, as well as in Baghdad, especially among the Shia politicians, because militias led by al-Muhandis were fighting Islamic State (IS, formerly ISIS).

Shortly after the airstrike, Iraq’s parliament passed a non-binding resolution urging the government to expel US troops from the country and to close Iraqi airspace for American warplanes.