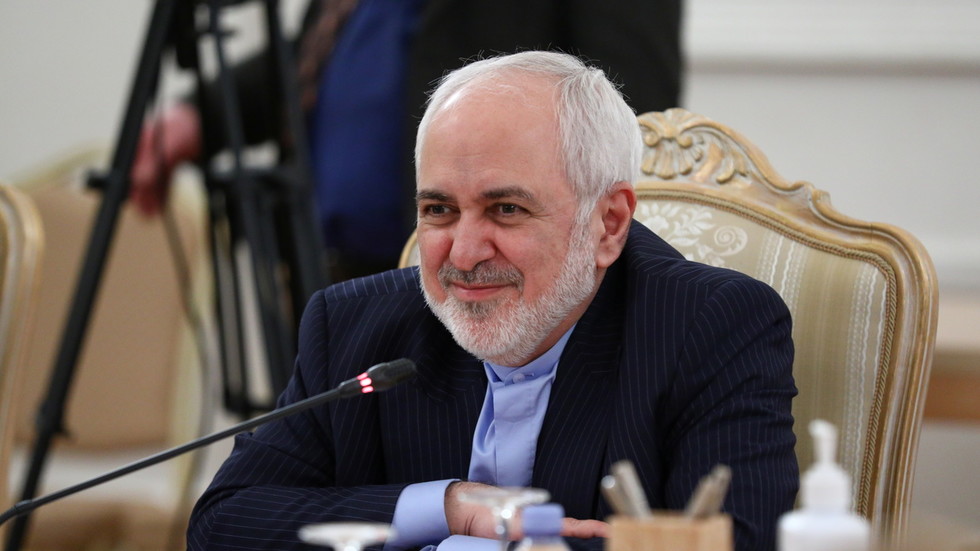 Joe Biden’s administration could potentially start to thaw the icy relations between Tehran and Washington, Iranian Foreign Minister Mohammad Javad Zarif told RT, but stressed he has never been close with the new US leader.

In an interview with Oksana Boyko, host of RT’s Worlds Apart, the top Iranian diplomat said it would be a mistake to think that his personal relationship with Biden could help trigger a major diplomatic breakthrough between the two longtime rivals.

Zarif said his history with Biden can be traced back nearly 20 years, when he served as Iran’s envoy to the UN. But he insisted that his interactions with the Delaware senator were strictly professional.

Let me make it clear: Joe Biden and I were not buddies. We represented two different countries with different policies.

Although never chummy, the pair were still able to work together. According to Zarif, they had “many civilized meetings in which we disagreed,” and he described their courteous discussions as “the basis for understanding.”

When asked by Boyko about Biden’s pledge to reshape US foreign policy to make it reflect the wishes of ordinary Americans, Zarif said the vow was a “tall order,” noting that Washington’s current policy of unilateral sanctions is “basically economic warfare” and “economic terrorism.”

He said, however, that he hoped the new administration could begin to move bilateral relations with Tehran in the “right direction.”

Zarif insisted that Iran was not particularly interested in who sits in the White House, so long as the US honors its agreements under the 2015 nuclear deal. The landmark accord lifted UN sanctions on Iran in exchange for tighter regulations and restrictions on the country’s nuclear program, but the Donald Trump administration unilaterally exited the agreement in 2018. The accord was inked while Biden was serving as Barack Obama’s vice president.

The decision to leave the deal has already backfired for Washington, Zarif argued, noting that Iran’s stockpile of enriched uranium has ballooned, from a mere 300 kg to 4000 kgs, following the US’ unilateral withdrawal from the deal.

Biden’s administration has signaled that it wants Tehran to return to full compliance with the accord before dropping the Trump-era sanctions, but Iran has repeatedly pointed out that Washington violated the agreement first, nullifying Iran’s own obligations.

Iran has called on Biden to drop the unilateral sanctions and return to the 2015 deal, arguing that only then would it fully comply with the accord.

In a tweet, Zarif pointed to Trump’s “failed” policy of ‘maximum pressure’ against Iran, urging Biden’s secretary of state, Antony Blinken, to “take [the] 1st step” towards mending bilateral relations.

Zarif said that US policy towards his country has had devastating humanitarian consequences, but has also given Iran an “advantage” during the Covid-19 crisis, as it forced the Islamic Republic to develop its own pharmaceutical industry.

Australian Open: How the event is trying to stay Covid-safe

YFN Lucci: US rapper wanted in Atlanta for suspected murder