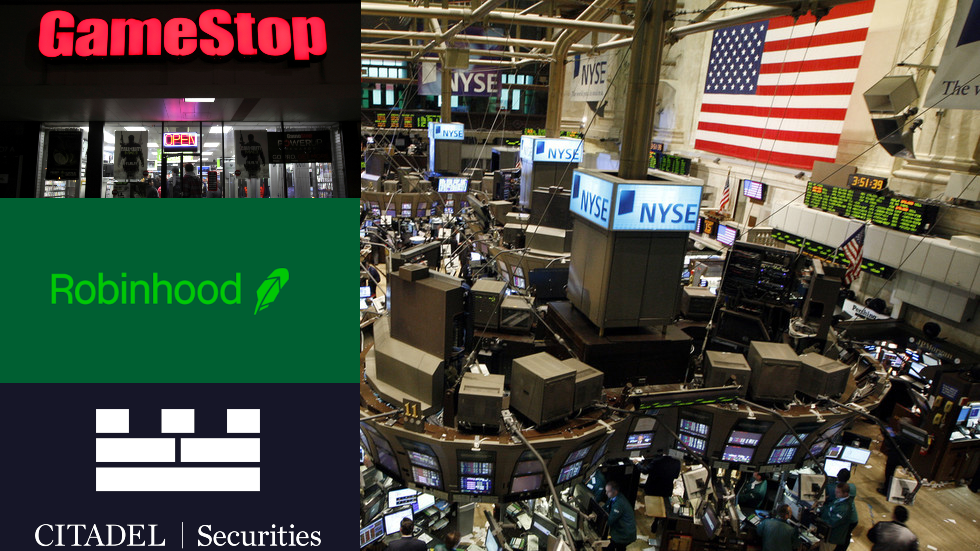 A group of investors has filed a class action complaint against the online brokerage Robinhood, after it stopped all buys of GameStop and other stocks. They call it a market manipulation aimed to protect short-selling hedge funds.

According to the lawsuit, filed on Thursday before a federal judge in the Southern District of New York, Robinhood “purposefully, willingly and knowingly” deprived retail investors of the ability to invest, accusing the brokerage of “manipulating” the market.

Robinhood “completely blocked retail investors” from buying GameStop stock “for no legitimate reason,” the lawsuit goes on to say, adding that the move appears to be calculated to benefit individuals and institutions who are not Robinhood customers but are “large institutional investors” into the company.

The plaintiffs are asking for an immediate injunction to reinstate GameStop stocks on Robinhood’s platform, and unspecified damages and punitive fees.

As the result of the block, GameStop stock fell from $469 a share on Thursday morning to only $126 by 11:20 am. It has since rallied back to $275 territory, but remains volatile.

Robinhood customers woke up on Thursday to an announcement they were no longer able to buy stocks of GameStop (GMEA), AMC Theaters (AMC), Blackberry (BB) or Nokia (NOK). The four companies were targets of retail investors congregating on Reddit over the past several weeks.

These investors sought to drive up the stock price of the companies in order to punish hedge funds who had been “short-selling” them to make a quick profit. The rise in stock prices caused the funds to lose billions.

Short sellers reportedly lost $14.3 billion on Wednesday alone, with one fund, Melvin Capital, requiring nearly $3 billion in bailouts to avoid bankruptcy. One of the firms that bailed out Melvin Capital, Citadel Securities, also facilitates trades made on Robinhood, working as a sort of middleman between the app and Wall Street’s exchanges.

Halting the buying – but not the selling – of the four companies’ stock meant that its price could only go down, thus helping the hedge funds.

This will go down as the worst financial decision ever made by a brokerage.

There were reports that other brokerages such as WeBull have also disabled buying of GameStop and other “stonks” – a Reddit meme reference to common people trying to profit from the stock market.

And the real winners have arrived, the lawyers.

A class-action lawsuit against Robinhood has been filed in the Southern District of NYhttps://t.co/9jFGo96c1w pic.twitter.com/kA8iig8vig

While the retail investors may or may not have profited from buying stocks, the short-sellers are feeling the pain. GameStop stock surging by 1,000 percent appears to have inspired other retail investors into similar campaigns with other companies. Data analytics firm Ortex said Thursday that short-sellers have racked up $70.87 billion in losses just this month, with over 5,000 US firms holding losing shorts as of Wednesday.

Could a vaccine get rid of malaria for good?

‘I look forward to your rise’: Andrea ‘KGB’ Lee shows she has moved on from estranged husband with message to new UFC fighter love