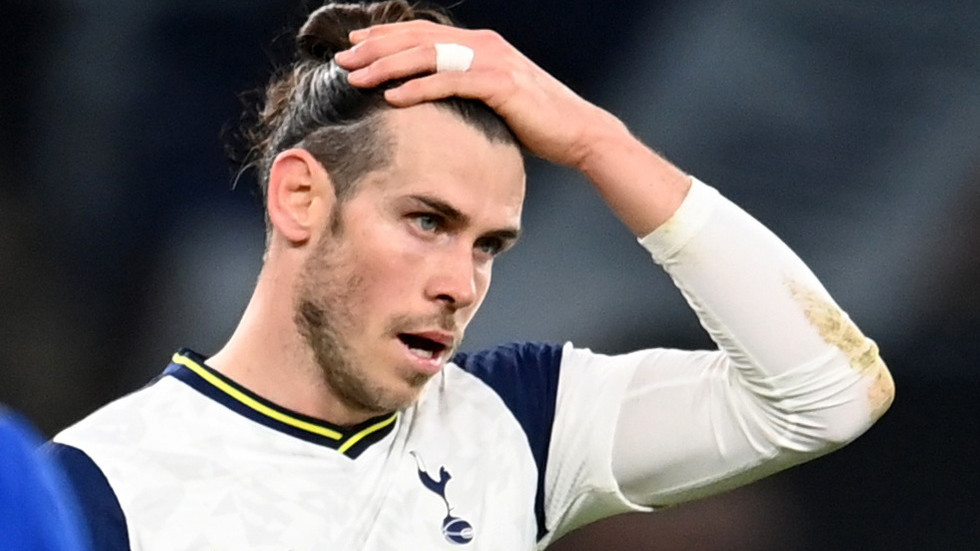 As football fans are so inclined to lament, it is often the hope that kills you. In the case of Tottenham Hotspur supporters, their wistful desires for a successful return for Gareth Bale look increasingly doomed to a slow death.

Bale played 61 minutes of Spurs’ defeat to Brighton on Sunday before being hooked by Jose Mourinho.

Despite being handed only his second start in the Premier League since his loan move from Real Madrid, the Welshman failed to seize his chance.

“A few bright moments in the early stages aside, the superstar was ineffective and off the pace again,” the local Evening Standard scorned in their match ratings, giving Bale a 5 out of 10.

Elsewhere, others were even less generous.

“Ineffective” has been Bale’s buzzword since the Welshman made a nostalgic return to North London amid much fanfare in September.

Spurs and their social media team had leveraged the move for all it was worth: this was the return of the king, an emotional homecoming for a man cast aside by the ungrateful fans and media over in Madrid.

Bale would be welcomed back into the warm embrace of the club where he electrified the world for six years until his move to Spain in 2013.

In return, Spurs would – fans hoped – enjoy a late-career flourish from the 31-year-old.

All the doubts and jibes about Bale being more interested in golf greens than football pitches could be proved wrong.

Far from his appetite being sated by a heaving trophy cabinet and success in Spain, Bale still had something to prove – if not against Real Madrid boss Zinedine Zidane, then at least to fans and countrymen hoping for him to lead Wales into Euro 2020 in flying form.

For the pleasure of Bale’s second coming, Spurs are reportedly covering £250,000 of his mammoth £600,000-a-week Real Madrid salary.

So far, however, the return on that investment has been minimal.

After being missing from the Spurs team until mid-October due to a knee injury (sadly characteristic of much of his recent career), Bale has bagged just four goals across 783 minutes of football for Spurs in all competitions.

Only one of those strikes has come in the Premier League: the winner in the home game against Brighton back in November.

If Spurs fans were hoping for Bale to kick on from there, they’ve been left badly disappointed – as evidenced by the limp showing in the 1-0 defeat on the South Coast at the weekend.

Frustratingly for Spurs, Sunday’s game against Brighton was exactly the type of encounter that Mourinho will have been looking at Bale to sprinkle some stardust on.

With Harry Kane injured and Spurs in a dogfight for a top-four spot, Mourinho could do with the Welshman taking on a portion of the burden that the England skipper usually carries on his broad shoulders.

After all, Bale is a man with vast experience who was once feted as a rival to the likes of Lionel Messi and Cristiano Ronaldo, and who at 31 is far from being over the hill.

Instead, after another anonymous showing on Sunday, former Spurs teammate Jamie O’Hara was tweeting that Bale “seems a shadow of the player I knew.”

O’Hara was not the only one sharing such sentiments.

After Bale’s relationship with Real boss Zidane deteriorated, sympathies were split over who was to blame.

Were Zidane and Real doing the dirty on a player who had helped them to four Champions League titles – often in spectacular fashion? Or was this Bale’s fault for losing his fire as the clock ticked down on the end of his lucrative Real contract in 2022?

Judging by Bale’s distinct lack of life in a Spurs shirt, Zidane looks far more likely to be the one vindicated, rather than Spurs and their decision to bring their prodigal son home.

The sceptics will say that Spurs’ hopes of a Bale renaissance always did seem born of nostalgia rather than any genuine belief that they would once again witness the world-beater the Welshman was when he first left English shores.

His diminishing returns in Spain had been blamed on Zidane and injury, and some will now point to Mourinho and his systems as not providing the right platform for the Welshman.

But these are two managers who are proven winners – if Bale cannot function under Zidane and now Mourinho, then can anyone get the best out of him anymore?

“We were all so excited, I think everyone was, when you hear Bale’s coming to the Premier League, thank goodness for that, he’s coming back, let’s see what he’s got,” former Manchester United defender Rio Ferdinand recently said.

“What he’s done on the biggest stages for Real Madrid, in Champions League finals, getting his hands on that trophy so many times, you think he’s going to bring all of that experience back here, it just hasn’t materialized. It’s so disappointing.”

Even more disappointing for Spurs is that they are playing out the most frenetic and congested of seasons, in which their squad will be tested to the limit and in which there there can be little room for passengers.

How Jose Mourinho could do with even a few flashes here and there of the Gareth Bale of old.

Next up is a crucial meeting with Chelsea on Thursday, as Spurs stumble into that game having lost two on the spin and lying six points off a Champions League spot.

Mourinho mourned after their loss on Sunday that Spurs are suffering from “sadness.”

If the Portuguese trusts Bale to play a part in Thursday’s big game, it would be an ideal time for him to lift some of that gloom and put a smile back on the Spurs’ fans faces again.

Otherwise, the Welshman’s return to Spain at the end of the season will be met with relief – rather than the considerable optimism with which he arrived.