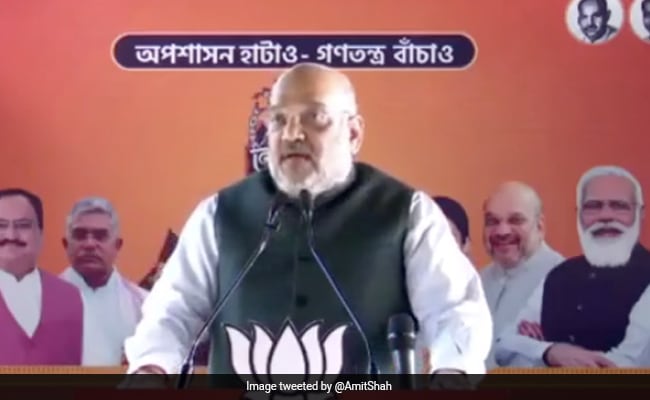 Everyone wondered how a country with a huge population and weak health infrastructure would tackle the pandemic, but “effective steps were taken at the right time”, Mr Shah said.

He was speaking at the inauguration of a medical college in Maharashtra’s Sindhudurg district.

Targeting the ruling Maharashtra Vikas Aghadi (MVA) government in the state, Amit Shah claimed it is a “three-wheel autorickshaw government which has failed on all fronts”. The MVA comprises three parties – Shiv Sena, Nationalist Congress Party and the Congress.

The Sena parted ways with long-term ally BJP after the Maharashtra Assembly polls in 2019 over sharing of the chief ministerial post in the state.

Shiv Sena chief Uddhav Thackeray had then claimed that the BJP went back on their promise of sharing the chief minister’s post with his party for two-and-a-half years.

Reacting to it, Amit Shah, who was at that time the president of the BJP, had said, “I never give any assurances in closed rooms. Whatever I do, I do it openly.”

Pussy Riot: Russian protests are 'battle for hearts and minds'

Over 4.2 Million Administered With Covid Vaccine In US: Top Health Body

BJP To Hold 25 Webinars To Push One Nation, One Election Plan: Report

Why get so rattled by Rihanna, Greta Thunberg