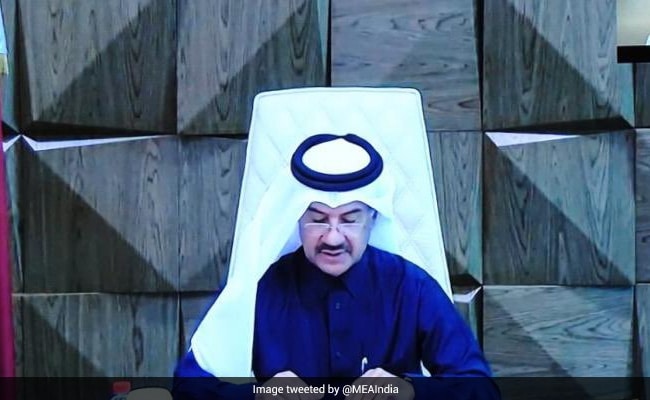 They also exchanged views on issues of mutual interest at the regional and multilateral levels.

India and Qatar on Monday reviewed their bilateral ties in a range of areas, including energy, trade, investments, defence, food security and health.

The review was carried out at the fourth foreign office consultations between the two sides.

The meeting took place in the virtual format.

“Both sides reiterated their commitment to working closely together in these areas and further discussing new areas of cooperation,” the MEA said.

It said the two sides also exchanged views on issues of mutual interest at the regional and multilateral levels, including cooperation at the UN and other international fora.

The Indian delegation at the meeting was led by Sanjay Bhattacharyya, Secretary (Consular, Passport and Visa division) in the MEA while the Qatari side was headed by Ahmad Hassan Al-Hamadi, Secretary General in the Ministry of Foreign Affairs.

The MEA said Mr Bhattacharya thanked the Qatari side for taking care of the Indian community in Qatar during the coronavirus pandemic.

With Jeff Bezos Out As Amazon CEO, Is This End Of His Question-Mark Emails?