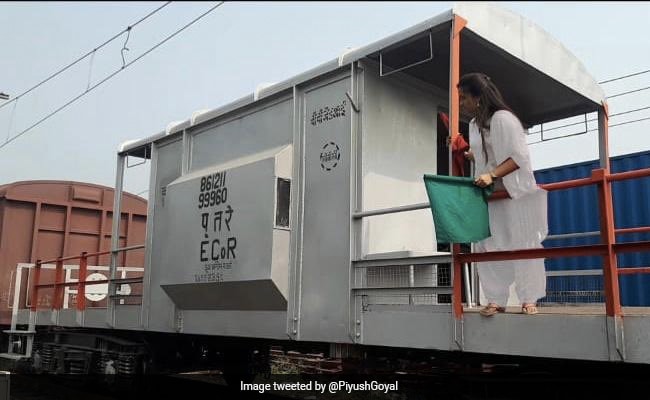 An image shared on Twitter by Union Minister Piyush Goyal.

In a first for the Western Railway, an all-women crew has piloted a goods train from Maharashtra to Gujarat. “An all-female crew has piloted a goods train from Vasai Road to Vadodara on 5th January, 2021, and set a glaring example that no job is beyond the capacity of women to perform as well as to excel,” Western Railway said in a press release dated January 6, 2021.

Union Railway Minister Piyush Goyal hailed the initiative as a wonderful example of empowerment. “By efficiently operating the goods train from Vasai Road in Maharashtra to Vadodara in Gujarat, our women employees have set a wonderful example of empowerment,” Mr Goyal tweeted in Hindi. He added that it was women who handled every responsibility – from train loco pilot to guard.

Several Twitter users hailed it as a milestone moment for women empowerment.

This is taking women empowerment to the next level. From the Loco pilot to the guard, of this Freight Train are women. More power to women.!

Really it is matter of pride for India ! Congratulations to you for empowering women to take up challenges and shoulder the responsibility ! Thank you very much !

Sumit Thakur, Chief Public Relations Officer of Western Railway, cited the “gruelling nature of the job” and the need to travel long distances as the reason why very few women take up the role of guards or loco pilots. This will be a game-changer and an inspiration for other women to take up such challenging jobs in Indian Railways, he said, referring to Western Railway’s initiative.