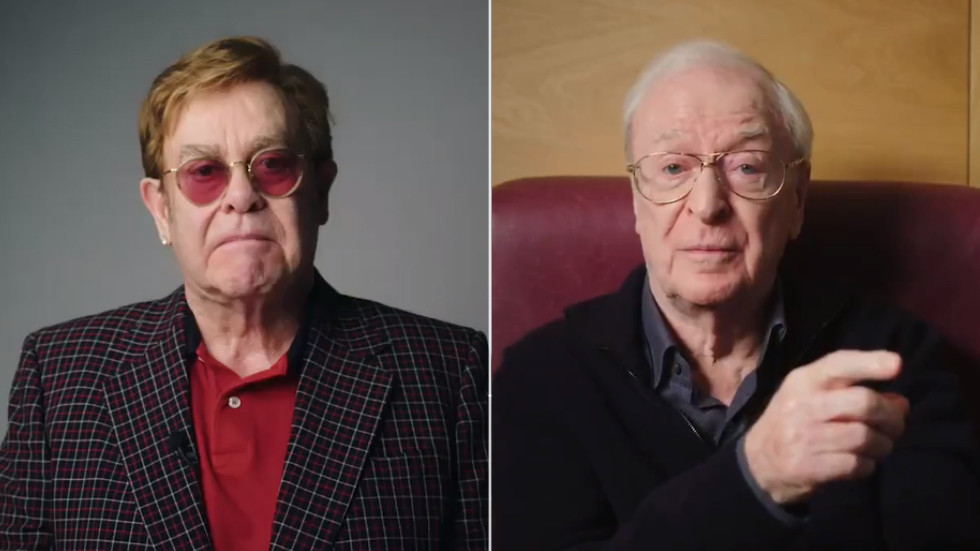 Elton John and Michael Caine have been drafted in by the NHS to encourage at-risk groups to book their Covid-19 jabs in a tongue-in-cheek video, but not everyone was impressed with the star power on display.

The NHS England video was produced to encourage the remaining 750,000 people aged 70 years of age and above who have yet to receive their Covid-19 vaccine to book an appointment.

Thanks @eltonofficial and @themichaelcaine for encouraging people to get the #COVIDVaccine. (Sorry it didn't quite work out, Elton.) 😬 pic.twitter.com/m0BIzKIu1b

John, 73, pleads with people to do their part to defeat “this wretched disease” adding that vaccines are safe and effective before belting out a few bars of his 1983 hit ‘I’m Still Standing’.

“Thanks, Elton, we will let you know,” says an audibly unimpressed ad director.

“Well, at this short notice you won’t find anyone bigger,” a defensive John replies.

The PSA then cuts to two-time Oscar winning actor Caine, 87, receiving his vaccine and stating that it “didn’t hurt.”

Many praised the tone of the advertisement, for striking the right balance between informing and entertaining the public.

“About time there was a little light humour in the [NHS] ads. Whoever did this got it spot on,” wrote one user heaping praise on the elderly stars for doing their part. “The vac-SIR-nators,” quipped another, referring to the fact that both men have received British royal honours.

“Well over nine out of 10 people aged 75 or over have already taken up the offer of their NHS Covid vaccination, and now we want to encourage everyone in the high priority groups to do so,” said Sir Simon Stevens, the chief executive of NHS England.

“WAIT…. Elton got vaccinated???? IF SO, IM SO HAPPY OMG,” gushed another Twitter user.

Some were slightly less impressed, asking whether the right demographics were being targeted by the ad.

“Brilliant, but I thought it was younger people who were more reluctant to get a jab and needed encouraging?” wrote one user. “Let’s roll out the celebrities, that always works,” added another Scrooge.

“Let’s hope Elton wasn’t one of 50,000 who had an adverse [effect] to the vaccine,” chimed in another user, sharing a link to official UK government data about adverse reactions to the Pfizer/BioNTech vaccine.

Current indications are that the NHS is on course to reach the 14 million people vaccinated by the February 15 deadline set by Prime Minister Boris Johnson.