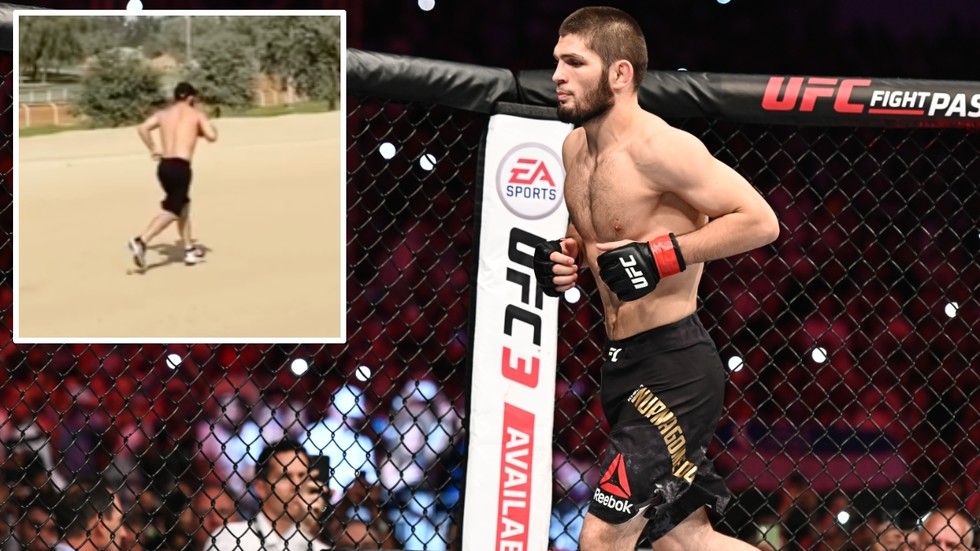 Khabib Nurmagomedov may look to have waved goodbye to his career inside the octagon, but maybe there’s a chance we could see him in another sport, after he jokingly said he’s ready to start a new career – as a footballer.

Khabib announced his retirement inside the octagon after he defeated Justin Gaethje to extend his perfect professional record to 29-0 last October.

Despite attempts by UFC president Dana White to persuade him back into the octagon in 2021, it seems Khabib isn’t that interested.

But, while Khabib may have decided not to return, the competitive fire still burns within him, and he suggested he’d love to compete in his other sporting passion – football.

The UFC lightweight champ posted to his Instagram page, saying, “Preparing for my football debut.

“I’m a free agent, and ready to accept offers.”

Khabib is well known to be a huge football fan, and supports his local side Anzhi Makachkala, as well as Real Madrid.

Hopes were high that Khabib would return to the octagon after he sat down with White in Abu Dhabi at a UAE Warriors card in a much-hyped meeting between the pair.

White emerged from the meeting and said Khabib needed to be “impressed” with something from one of the four lightweight contenders in action at UFC 257.

Dustin Poirier delivered on his side of the bargain by handing Conor McGregor the first TKO defeat of his career, while debuting former Bellator champ Michael Chandler finished the famously tough Kiwi contender Dan Hooker in just half a round before issuing a spirited callout of the Russian star.

But, based on White’s post-fight comments, it seems Khabib wasn’t overly impressed with what he saw.

“I did talk to Khabib,” White told reporters backstage after the fights.

“He said to me, ‘Dana, be honest with yourself. You know, I’m so many levels above these guys. I beat these guys.’

“I don’t know. I don’t know what he’s (thinking). But it doesn’t sound very positive. So we’ll see. What he said was, and I told you guys before, he won’t hold the division up. I mean, he already retired. He’s basically retired. I’m the one that’s been trying to get him to do one more.”

‘Clueless’: Female football pundit at center of sexism row after claiming Premier League club had been ‘promoted because of Covid’

Covid vaccine: Germany urged to back AstraZeneca jab for over-65s