Home > WORLD > 'If you don't have the police…things go a little crazy': Former SEC official compares GameStop buying frenzy to US Capitol riot 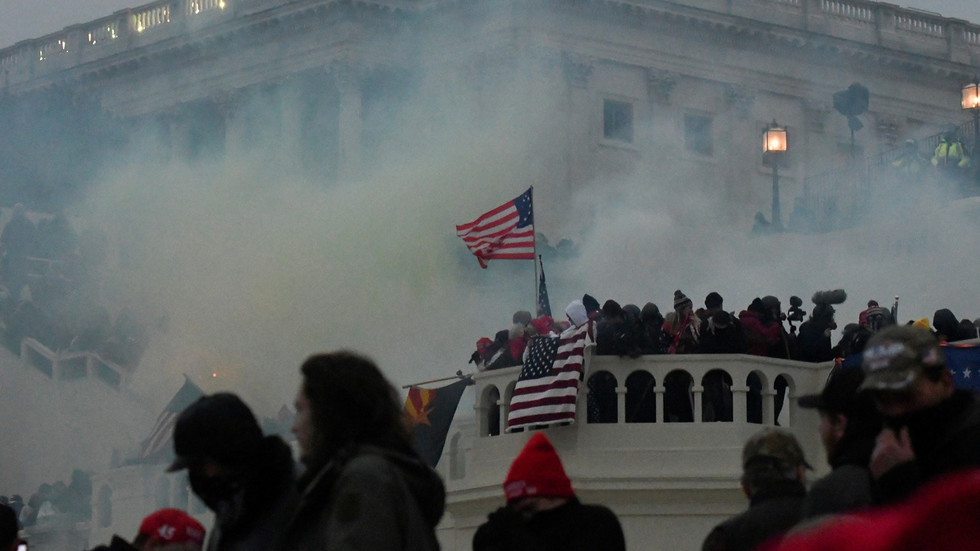 'If you don't have the police…things go a little crazy': Former SEC official compares GameStop buying frenzy to US Capitol riot

Eyebrows were raised on social media after former US Securities and Exchange Commission (SEC) official Laura Unger made a “revealing” comment comparing the frantic buying of GameStop and other stocks to the US Capitol riot.

Unger, who became a commissioner at the SEC in 1997 and was made acting chairman by George W. Bush for half of 2001, joined CNBC’s ‘Closing Bell’ on Thursday to give her thoughts on trading app Robinhood halting and then limiting the buying of stocks in companies such as GameStop and AMC, which saw significant boosts to their values after a buying frenzy by individuals motivated by a subreddit group this week.

The chaos in the marketplace, Unger claims, is “not unlike what we saw on January 6 at the Capitol,” referring to the storming of the Capitol by pro-Donald Trump supporters – a riot that led to five deaths, including that of a police officer.

“If you don’t have the police in there at the right time, things go a little crazy,” she said. She did acknowledge, however, that the happenings in the stock market were a kind of crazy of a “lesser degree” than the violence the country saw in Washington, DC earlier this month.

It is, however, the same “platform-created frenzy that people are operating under,” she added, saying Wall Street was living through “trying times.”

According to Unger, the SEC could suspend trading on certain stocks and investigate whether specific market manipulation is happening through a concerted effort, or whether people have a legitimate interest in what they are buying.

‘The View’ co-host Meghan McCain appeared to join in on the very same comparison as Unger in a quickly-deleted Friday tweet in which she said the “same thing that drove people to the Capitol is driving Redditors to buy GameStop.”

The conservative pundit may have been a tad more sympathetic as, in her tweet, she admitted the “system is rigged” and “the little guy is trying to take back power in any way.”

In another tweet she decided to keep up, she left out the comparison to the US Capitol rioters but again slammed a “system” that “feels rigged.”

The GameStop stock story is like a mirror to the world of everything that is wrong. This is what happens when the system feels rigged and nothing seems to work anymore. It’s what has fueled the rise of populism in America. The story shouldn’t be dismissed because it is nuanced.

While the buying frenzy has been described as market manipulation by Unger and other stock experts, the limiting of individuals in buying stocks by apps such as Robinhood has drawn the ire of many on both sides of the political aisle, from Sen. Ted Cruz (R-Texas) to Rep. Alexandria Ocasio-Cortez (D-New York). Critics have argued that halting individuals’ rights to buy stocks is an infringement of their rights to participate in what should be a free marketplace.

Unger’s comparison of the stock fluctuations to a violent political rally has not found much support on social media, given the fact she’s comparing people using legal tools to purchase stock to people illegally entering a government building and causing chaos.

“One of the most revealing 40-second video clips you’ll ever watch,” journalist Glenn Greenwald tweeted, sharing a clip of Unger speaking.

I understand that there are complexities and ambiguities to what is happening. One day we need to find out everything that has happened, and who is responsible, etc.

In the meantime, I'll be rooting for GME to go to 500 today at least.

It's one big club. And most of us aren't in it.

PS: we miss you George Carlin

All these "gatekeepers" are turning me into a populist.

Louisiana cemetery 'sorry' after denying officer burial 'because he is black'

The Donald dilemma: Bolton wants CNN to ERASE Trump coverage, but Graham says Republicans who oblige will get ‘erased’ themselves