Home > WORLD > ‘I’d destroy both these versions of myself’: Conor McGregor promises he’s better than ever ahead of UFC 257 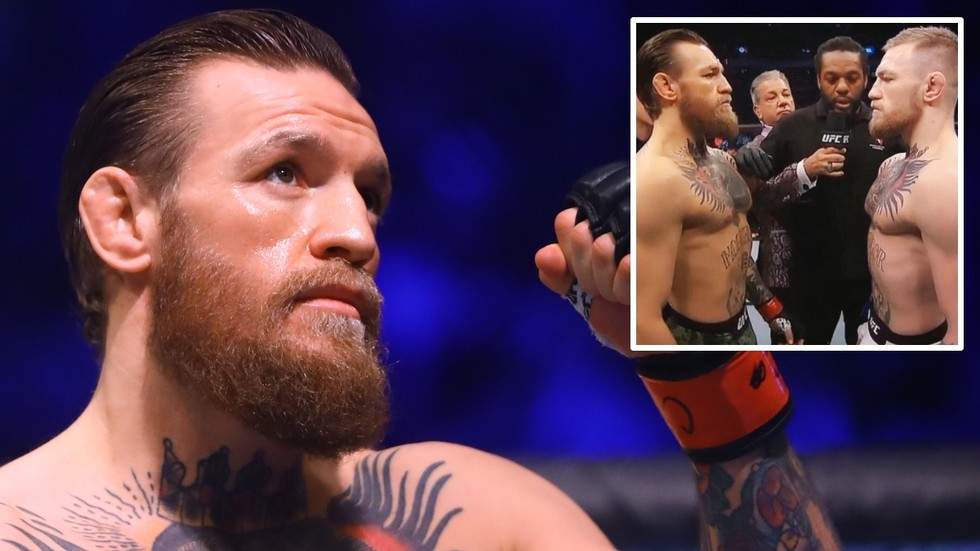 ‘I’d destroy both these versions of myself’: Conor McGregor promises he’s better than ever ahead of UFC 257

McGregor, whose planned “season” of fights in 2020 was cut short after just one bout due to the Covid-19 pandemic, is planning a huge year in the UFC in 2021, starting with victory over former interim champion Poirier on Fight Island on January 23.

And the Dubliner has warned that he’s in peak condition ahead of fight night in Abu Dhabi.

Posting a photoshop pic featuring him facing off against himself, using shots of him at UFC 246 last January, and UFC 205 from November 2016, McGregor stated that fans should expect to see the best-ever version of “The Notorious” later this month.

“Cerrone McGregor Vs Alvarez McGregor. I’d destroy both these versions of myself. And together,” he said.

“And I’m not messing. Absolutely demolish them both. 16 days!”

McGregor’s last appearance was a spectacular one, as he dismantled Donald “Cowboy” Cerrone in just 40 seconds at UFC 246 last January in Las Vegas, while the other performance he referenced in his Instagram post, a second-round demolition of Eddie Alvarez at UFC 205, has often been rated as the Irishman’s best-ever performance inside the octagon.

But with the Dubliner looking to eclipse both of those showings against Poirier, the stage appears to be set for a spectacular clash.

‘We are not at war’: Row rages over controversial plan to replace Russian national anthem with folk-based military song ‘Katyusha’

What is happening in Myanmar and why?

WHO Team To Scrap Interim Findings On Probe Of Covid Origins: Report