Home > WORLD > ‘I need a hug’: Daughters who were ‘caught in legal battle’ with Diego Maradona pay emotional tributes to tragic football legend 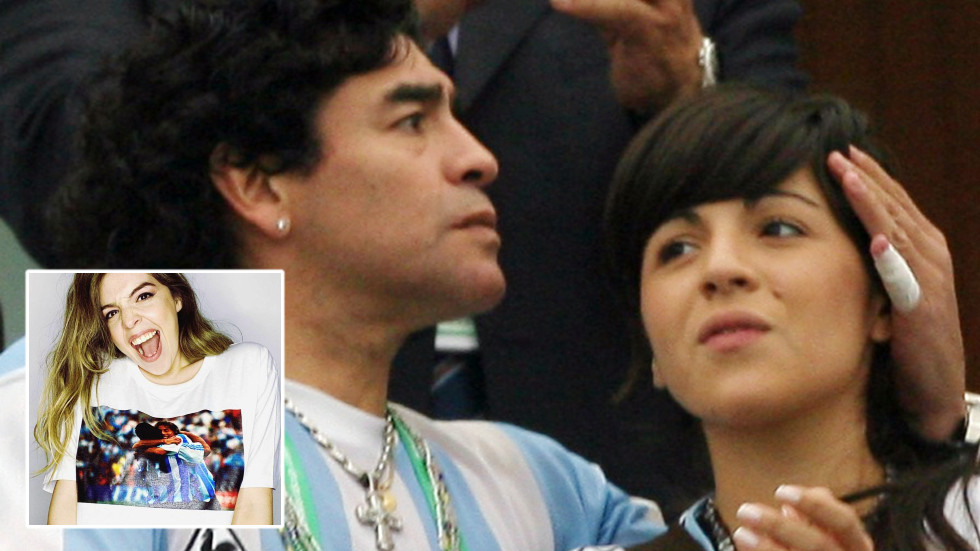 Giani and Dalma Maradona, who had an at-times turbulent relationship with their father during his eventful life, have asked fans to take a tattoo design paying tribute to the Argentina football icon following his death last year.

More than a month after Maradona’s death from heart failure, Giani and Dalma have launched a campaign to encourage fans to adopt a tattoo artwork in tribute to Maradona, featuring swirls and the number 10 he made famous on the back of his shirt.

The striker’s other daughter, Jana Maradona, also posted a photo on Instagram of the legend embracing her while sitting in a chair, holding a cigar between his fingers at the same time.

“Here is our gift for you who loved, respected and defended him,” said Dalma, revealing the design on her ankles.

“If you get a tattoo, send me the photo to me or to Giani. Crazy insane Maradonians, we love you.”

Younger sibling Giani, who has a child with former husband a Manchester City star Sergio Aguero, offered a heartfelt message to her father.

“Come down for a bit,” she wrote poetically to her following of more than 1.1 million on Instagram.

“Just a hug. I promise I’ll let you go back, but I need a hug from you. I miss you every time I decide to breathe to continue living.”

Reports in 2017 had strongly suggested that Maradona felt his daughters and ex-wife had stolen a vast sum of money from him, although Giani publicly insisted at the time that she had nothing to hide and had “forgiven worse from him”.

The fashion designer has posted a variety of photos of her upbringing with her famous father since he passed away, writing shortly before his death on his 60th birthday: “My great confidant. The best accomplice.

“My great example of all that is and all that is not. Who I admire, yesterday today and always. Who taught me to forgive, to forgive myself. To lose myself, to find myself again and start over.

“My favorite Scorpio, so stubborn and real, the most authentic dad in the world that I could choose to live this life.

“Thank you for teaching me so much. I embrace our flaws and virtues. I celebrate you, I miss you and I love you forever.”

US 'outraged' by deadly rocket attack on Irbil