Home > WORLD > ‘I have to do better’: Teen driver Hailie Deegan in fierce row after being ordered to take ‘sensitivity training’ for r-word slur 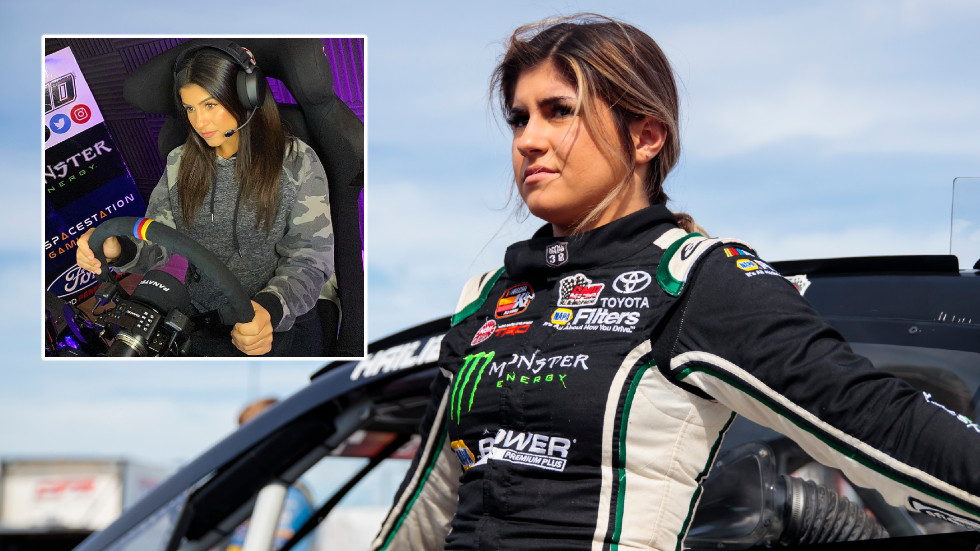 ‘I have to do better’: Teen driver Hailie Deegan in fierce row after being ordered to take ‘sensitivity training’ for r-word slur

NASCAR stunner Hailie Deegan has found herself at the center of a media storm after she was ordered to take sensitivity training as a result of being overheard calling a rival a “r*tard” during a recent racing simulation session.

19-year-old Deegan, who is the daughter of Motocross and X Games icon Brian Deegan, is a member of the Ford Racing Development team and used the term after her car was shunted by a rival driver in the popular iRacing virtual racing series – a car-racing simulation often broadcast online by pro drivers.

Deegan used the word in question in a derogative manner, saying: “Hey, who’s the r*tard behind me? Don’t do that, please.” She swiftly issued a tweet to express her contrition.

“It was inappropriate slang and a stupid thing to do,” Deegan announced in an apologetic statement soon after the incident was latched on to by the media.

Earlier tonight I used an insensitive word during an online race being broadcast on twitch. It was inappropriate slang and a stupid thing to do. I apologize to everyone who was offended by it. There's no excuse for it, and I know I have to do better for my sponsors and my fans.

@HailieDeegan, you tried to delete it, but weren't quick enough. You're a disgrace. @FordPerformance, @MonsterEnergy, @dgr_racing, is this who you want representing you? pic.twitter.com/AcOjJoGCAd

“I apologize to everyone who was offended by it. There’s no excuse for it and I know I have to do better for my sponsors and my fans.”

Deegan’s team, Ford Performance, were also quick to distance themselves from the remarks.

“We are aware of this inappropriate comment. Hailie immediately acknowledged this mistake, has apologized and promised to be much more thoughtful in the future,” they wrote of Deegan in a terse statement.

Many fans offered Deegan scathing rebukes on social media – including some who chastized her for taking a photo opportunity with US president Donald Trump at Daytona 500 last year – while others said the furore had been rife with over-reaction.

NASCAR have outlined that Deegan will be required to fulfil her sensitivity training prior to the beginning of the new season in February.

And if this story sounds somewhat familiar, it might be because another NASCAR driver, Kyle Larson, was suspended indefinitely for uttering a racial slur during an iRacing event last April.

It’s so disappointing to see women in racing be incredibly poor role models. You do absolutely nothing for women in the industry except continue to set them back. It’s really a shame.

Canceling someone over using the r-word? Which is even debated as being a slur. If anyone compares this to Kyle Larson then they are the problem.

I supported you until you posted that pic with Trump. Then I decided to give you another chance cuz deep down inside I think you're a good person.

As a deaf person, what do I do now? Unfollow you?

Sensitivity training was also mandated for Larson in that instance, but he still lost his seat on the Chip Ganassi Racing team. He has subsequently reinstated in October and inked a deal with the Hendrick Motorsports team.

Deegan is the only female driver to have won races in what is now the ARCA Series West, doing so once in 2018 and twice the following year.

Last year, the young driving sensation competed in the ARCA Menards Series where she won Rookie of the Year and finished third in the overall standings.

Yemen: The boy who saved his sister from a sniper

Hotel quarantine: What isolating in a hotel room is like