Home > WORLD > ‘I don’t think about the belt – I think about bonuses’: Rafael Fiziev plans to entertain on his way to the top of the UFC 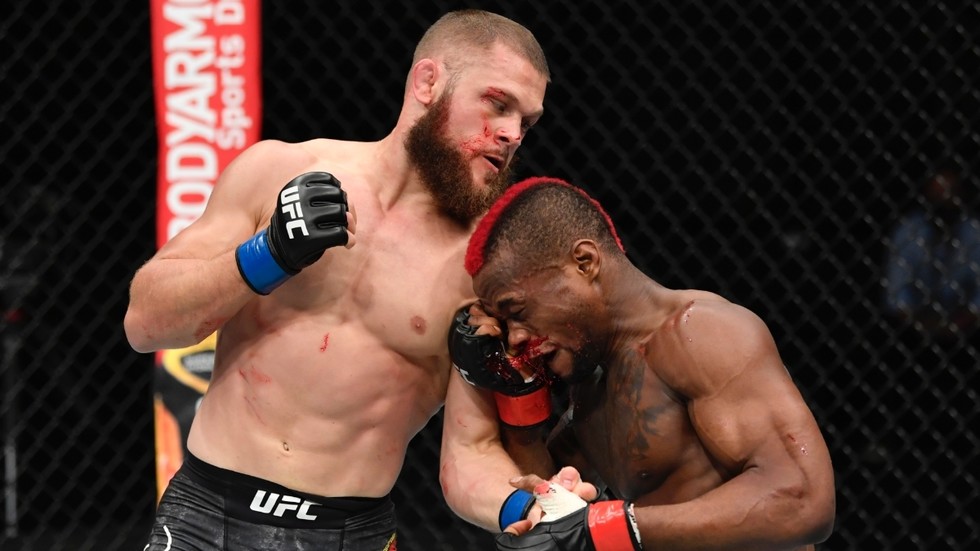 ‘I don’t think about the belt – I think about bonuses’: Rafael Fiziev plans to entertain on his way to the top of the UFC

Rising UFC lightweight star Rafael Fiziev has said that he’s not yet focusing on a run at the lightweight title, instead admitting that his immediate goal is to accumulate as many bonuses as possible.

Speaking to US website MMA Fighting, Fiziev explained his short-term business plan to pick up as much cash as possible until he’s in a position to start calling out the division’s big names.

“My focus in UFC is to take bonuses, hunt for bonuses,” he said. “This, for me, is what I want in the UFC.

Fiziev’s last appearance came at UFC 256 last December, where his first-round knockout of Brazil’s Renato Moicano saw him earn a $50,000 Performance of the Night bonus.

Fiziev said that his win bonus on a fight card that saw Charles Oliveira dominate Tony Ferguson shows how his performances are starting to stand out, and proves how he’s one of the UFC’s most exciting rising stars.

“When I see this card had big legends on the card and strong guys like Ferguson, like Oliveira, I think this is not easy to take a bonus on this card because there are so many strong guys, so many people who like bonuses,” he said.

“But I find it and when I do this knockout and finish, I think 100 percent I take the bonus because this is a good combo and this is a real knockout to beat this guy.”

The Azerbaijani-Kyrgyzstani fighter said he hopes to be back in action in March or April, and said that he’ll hold off targeting the big names until he has earned a ranking spot in the UFC.

The 27-year-old also said he has no intention of making enemies during his run to the top. The combat is just part of the job.

Biden: 'I won't pass Afghan war on to fifth president'