Home > WORLD > ‘I don’t even think she sweats’: Paige VanZant’s opponent promises to knock her out in a round on ex-UFC foe’s Bare Knuckle FC bow 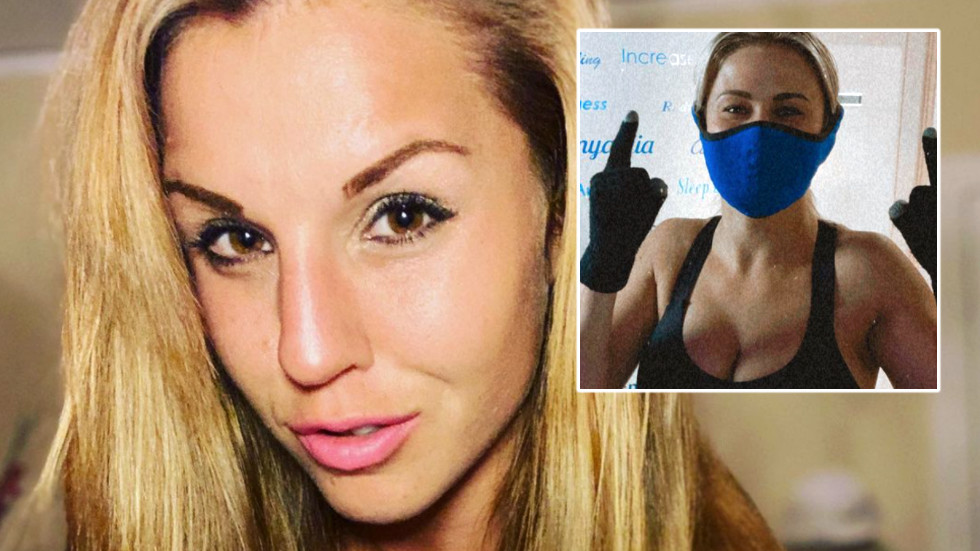 Bare-knuckle ace Britain Hart has accused Paige VanZant of failing to exert herself in training ahead of her much-anticipated Bare Knuckle Fighting Championship debut next week – and ominously warned that she will “learn my name”.

Little-known American fighter Hart has starred in a dramatic promotional video ahead of the most high-profile scrap of her career, when she is aiming to give former UFC pin-up VanZant a brutal welcome to her bloody new discipline by beating the social media sensation inside a round.

Hart, who has a background in boxing and has won one of her three bare-knuckle contests, has seen her Instagram following more than double to almost 9,000 since the fight was announced, although that fanbase is dwarfed by skin-baring VanZant’s count of more than 2.7 million.

While VanZant makes a lucrative income from her huge online profile, Hart has combined her sporting graft with work in a restaurant in Virginia, and she believes that a superior work ethic will be part of her quick victory at BKFC 16 in Florida on Friday.

“I don’t even think she sweats when she works out unless [it’s in a] sauna suit,” the 30-year-old told a fan who said they were excited to see her “show Paige the true meaning of Hart”.

She added in further posts: “There are layers to this. Stay tuned and watch… as the girl with no name makes it burned in your mind forever.

“I’m coming for the respect. You will learn my name – and it will only take one round.”

Speaking in the video, Jennifer Dunkle, a member of Hart’s corner team, spoke with determination about the surprise she believes her fighter has in store.

“She’s going after her dream,” she explained, raising a coy eyebrow as she outlined her conviction that Hart would prevail.

“Now it’s just a matter of her winning this fight. Paige has got another think coming to her because Brit is going to win.”

Hart admitted that Dunkle’s words were “jaw-dropping” and gave her “goosebumps every time”.

“It’s like we invented ‘drop the mic’,” she responded. “Here we go. When you know, you know.

“Your new girl is going to waltz in and waltz the f*ck back out because I am here to rise.”

‘Homage to hate’: Democrats cheer as statue to Confederate General Robert E. Lee is removed from US Capitol

Russia is our most important ally, say over 50% of Chinese people, as leaders Xi & Putin discuss closer ties between countries

Princess Latifa: What are women’s rights in Dubai?