Home > WORLD > ‘I can knock Ben out faster than Masvidal did’: YouTuber Jake Paul hopes to channel UFC’s ‘BMF’ in boxing match with Askren 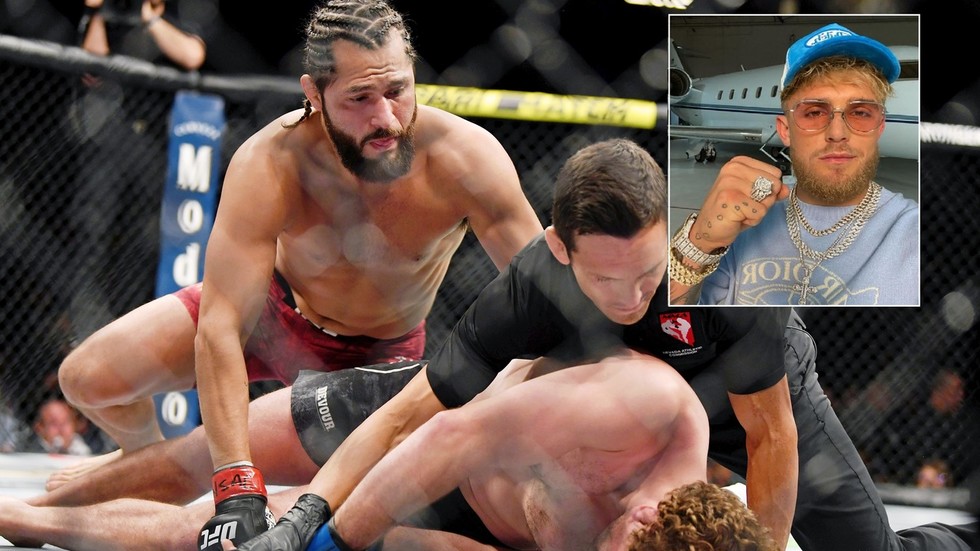 ‘I can knock Ben out faster than Masvidal did’: YouTuber Jake Paul hopes to channel UFC’s ‘BMF’ in boxing match with Askren

Internet joker Jake Paul has aligned himself with the UFC ‘BMF’ Jorge Masvidal ahead of his April boxing match with ex-UFC contender Ben Askren, and says that he wants to outdo ‘Gamebred’ by beating Askren in even quicker time.

Masvidal scored the most sensational knockout in UFC history when his flying knee felled Askren just five seconds into their fight at UFC 239 in the summer of 2019 in what was former Olympic wrestler Askren’s first-ever defeat in mixed martial arts competition – and novice boxer Paul wants to know the secret to Masvidal’s success.

Speaking to ESPN‘s Ariel Helwani Tuesday shortly after confirmation of the April 17 boxing event which will headline Triller’s latest fight card, Paul indicated that he had sought out Masvidal to pick his brain about their common enemy Askren.

“We’re here in Miami training,” Paul said. “I wanted to channel Masvidal’s energy since he’s in Florida. I’m linking up with Masvidal tomorrow.

“He’s gonna help me train for this fight and hopefully I can knock Ben out faster than Masvidal did. I know it seems like a lofty goal but if I can get under 4.9 seconds then I can break his record.”

Askren, meanwhile, has said that he will be training his boxing with former UFC champion Anthony Pettis.

Paul also told Helwani that he selected Askren for the fight from a list containing several other names. Bellator jiu jitsu ace Dillon Danis, Paul says, was top of his list but the American fighter detailed that a recent knee injury made any fight before the summer impossible.

In the fullness of time, Paul says that each of these fights will happen but for now it is Askren who is firmly in his crosshairs.

As dominant a wrestler as there is in mixed martial arts, Askren has frequently been ridiculed for what some fans see as his underdeveloped striking skills – but with the Masvidal knee being the only KO loss on his record, Paul will know that he may have to throw everything up to and including the kitchen sink at the former UFC title contender in order to get him out of there.

Norway to SHUT BORDERS to all except essential travelers to halt spread of Covid-19 variants, PM says

Anything you can do: Football icon Cristiano Ronaldo beats Pele’s official goalscoring tally to move into second in all-time list

Covid: WHO pleads with Tanzania to start reporting cases

‘We support free press, but…’: Conservatives mutiny after neocon Heritage Foundation says Assange is ‘US enemy’ unworthy of pardon

'If you don't have the police…things go a little crazy': Former SEC official compares GameStop buying frenzy to US Capitol riot