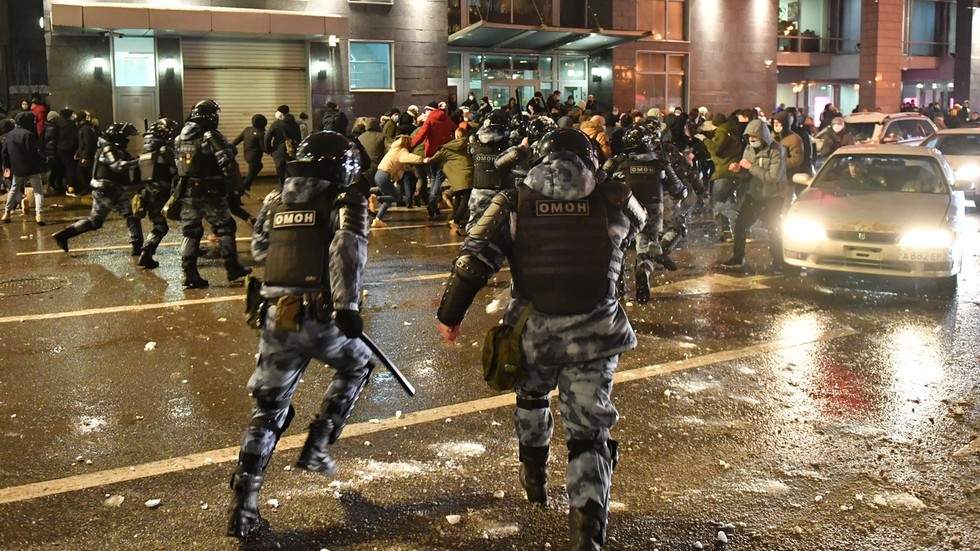 ‘Hypocrisy is a tool of US diplomacy’: Russia slams Washington’s claim about ‘suppressing’ Navalny protests

Russia’s Foreign Ministry has issued a stern rebuke to the US Embassy in Moscow, after it claimed “peaceful protesters and journalists” were being targeted by authorities at demonstrations across the country on Saturday.

The mission’s press spokesperson, Rebecca Ross, made the claims on Twitter on Saturday, adding that the police response to opposition demonstrations was part of a “concerted campaign to suppress free speech [and] peaceful assembly.”

In a post on the VK social network, the ministry said that diplomats had “checked what [Ross] had written about demonstrations in Washington and the takeover of the Capitol.” “Oddly enough,” they went on, “you wrote nothing. No call for your citizens to protest peacefully, no condemnation of the killing of five people and the detention of more than 100.” They noted, however, that her boss, Ambassador John J. Sullivan, had slammed the “violent mob.”

“Hypocrisy is a tool of US diplomacy that has become especially dangerous during the Covid pandemic,” they added. “Take care of your own problems and stop interfering in the internal affairs of other nations.”

Later on Saturday, the Russian Foreign Ministry said that the US Embassy ought to explain why they had posted a series of ‘protest routes’ marking the locations where demonstrators planned to meet. “One can only imagine what would have happened if the Russian Embassy in Washington published a map of protest routes indicating the end point, for example, in the Capitol,” Maria Zakharova said. “Giving directions to those on the ground would have led to global hysteria among American politicians, Russophobic slogans, threats of sanctions and the expulsion of Russian diplomats.”

Tens of thousands of people took to the streets over the course of Saturday in support of opposition figure Alexey Navalny, who has been detained over violation of the terms of a suspended sentence he was given for a fraud conviction.

Russian anti-Putin anger spreads: 'We have to protest'