Elections to four states and one Union Territory will begin from March 27. (Representational)

The BJP and its allies are likely to retain Assam and gain only the Union Territory of Puducherry — which is up for the next round of elections along with four key states, show an aggregate of opinion polls was released on Wednesday evening. Elections begin on March 27.

Only one opinion poll was conducted in Puducherry, which predicts that the BJP will emerge as the victor with 21 of the 30 assembly seats. Nine will go to the UPA which currently rules Puducherry, C-Voter predicted. 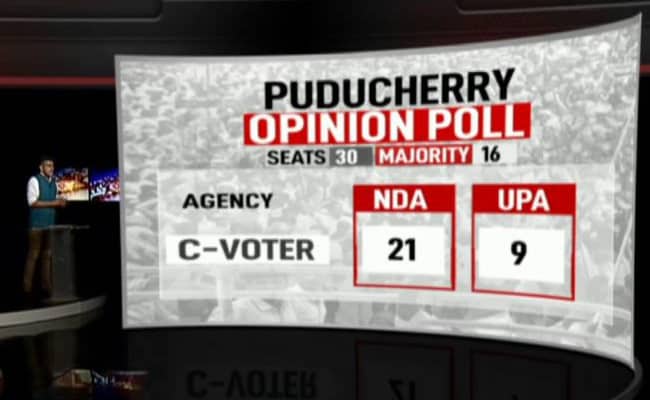 For the BJP, the biggest prize in this round of election is Bengal, where it hopes to win more than 200 of the 294 assembly seats.

An aggregate of four opinion polls indicates that the state will have a hung assembly. Chief Minister Mamata Banerjee’s Trinamool Congress, which has been ruling the state for two straight terms, is likely to win only 135 seats — down from the whopping 211 seats in won in 2016.

The BJP, which won only three seats last time, is likely to win 138 — a huge gain but falling short of the majority mark which stands at 148. The Left and the Congress, which joined hands for this crucial election, will get only 20 seats, the numbers predict. 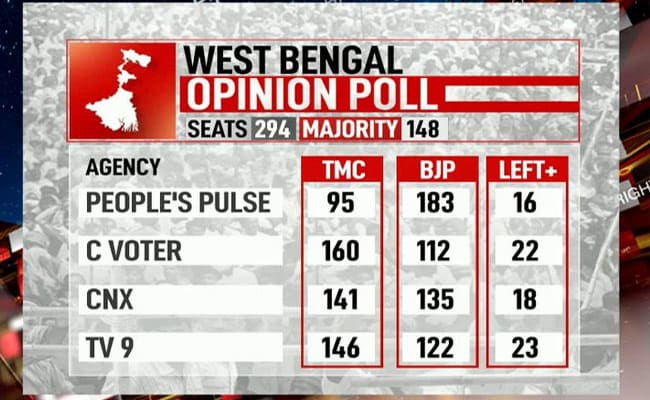 An aggregate of two opinion polls predicts a change of guard in Tamil Nadu, currently ruled by the AIADMK, which has retained its alliance with the BJP for this round of elections. The opposition MK Stalin’s DMK and the Congress are likely to come to power with 144 seats, shows an aggregate of the opinion polls. The NDA is likely to gain only 85 seats in the 234-member assembly, where the majority mark stands at 118. 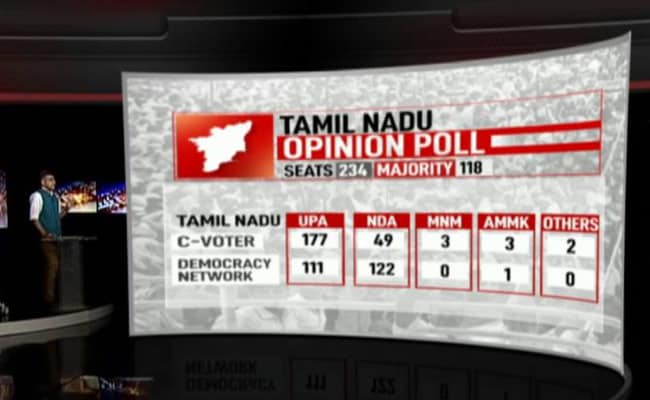 An upset is predicted in Kerala also, which has a tradition of voting out the incumbent.

Only one opinion poll was conducted in Kerala. The C-Voter has predicted that the ruling Left Democratic Front will stay in power with 77 of the state’s 140 seats. The margin will be thin, with the majority mark standing at 71. 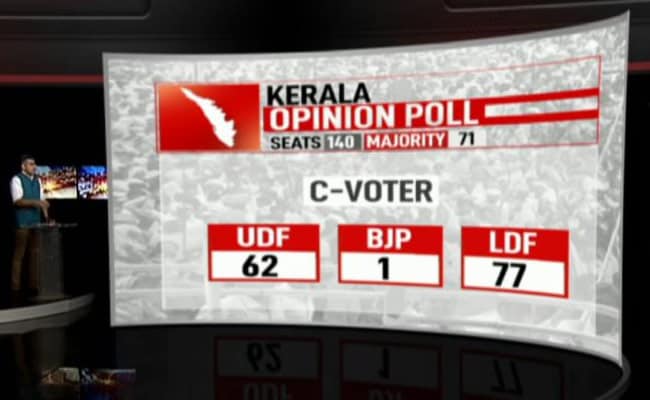 In Assam, the ruling BJP-led government will remain in power, predicts an aggregate of two opinion polls. Both C-Voter and TV9 have given majority to the NDA — the aggregate stands at 71, considerably above the majority mark of 64. The UPA is likely to win 53 seats, the numbers indicate. 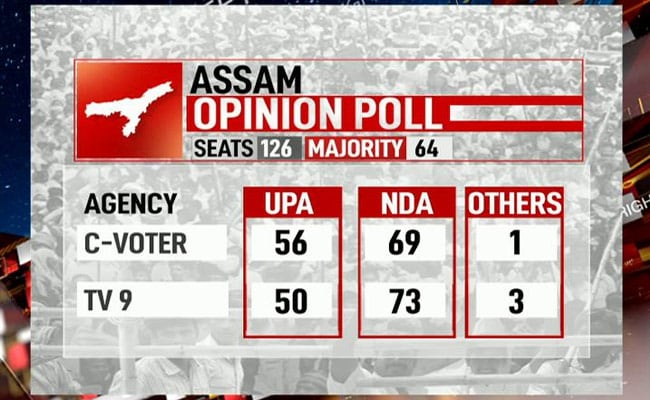 2 Dead After Hostage Situation At Doctor’s Office In US: Report

Taapsee Pannu, “Half Way Through The Finish Mark,” Shares Another Rashmi Rocket Update