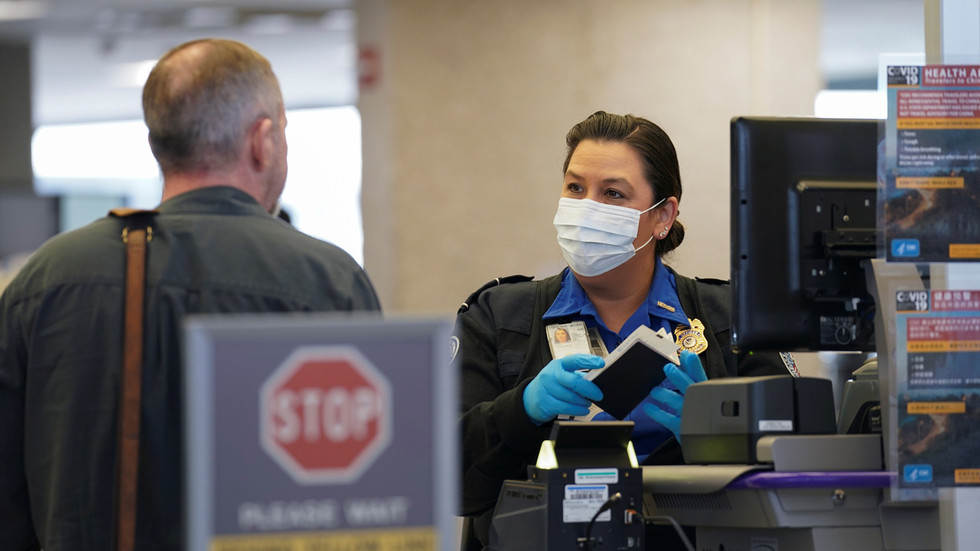 The chair of the House Homeland Security panel has called on the FBI and TSA to expand a federal no-fly list to include all who took part in unrest at the US Capitol this week, calling the incident a “domestic terrorist attack.”

Democratic Rep. Bennie Thompson of Mississippi, chairman of the House committee, said national law enforcement must stop anyone present at the Capitol riot from flying “unfettered,” after supporters of President Donald Trump forced their way into the building during a rally on Wednesday, prompting an evacuation of officials and staff.

“Given the heinous domestic terrorist attack on the US Capitol yesterday, I am urging the Transportation Security Administration (TSA) and the Federal Bureau of Investigation (FBI) to use their authorities to add the names of all identified individuals involved in the attack to the federal No-Fly List and keep them off planes,” Thompson said in a statement on Thursday.

This is an action that TSA and the FBI, by law, are able to take but, to my knowledge, have not yet taken. Alleged perpetrators of a domestic terrorist attack who have been identified by the FBI should be held accountable.

Chairman @BennieGThompson released a statement urging @TSA and the @FBI to use their authorities to add the violent perpetrators involved in the domestic terrorist attack on the U.S. Capitol yesterday to the No-Fly List and keep them off planes. pic.twitter.com/Wb9ySGeoe3

Thompson added that the disturbance in DC “threatened the safety” of lawmakers and their aides and “served as an attack on our nation.”

The statement came hours after the FBI put out its own missive earlier on Thursday requesting help from the public in identifying rioters, saying it was “accepting tips and digital media depicting rioting or violence” on Capitol Hill, though it has offered no public response to Thompson.

The FBI is seeking to identify individuals instigating violence in Washington, D.C. We are accepting tips and digital media depicting rioting or violence in and around the U.S. Capitol on January 6. If you have information, visit https://t.co/buMd8vYXzH.

The Justice Department has also signaled that it will seek to punish those involved in the upheaval, saying that indictments would be brought in over 50 related cases by Thursday’s end and that some may face charges for rioting, insurrection and sedition.

Secret, due-process-free no-fly lists were one of the worst post-9/11 civil liberties abuses — I reported on them often. Stunning to see calls from Congress for people to be put on them revived in this climate.

Democrats have been near-unanimous in condemning the protest-turned-riot, many laying blame at Trump’s feet, arguing he didn’t do enough to reel in his supporters, despite issuing a video message calling on the demonstrators to “go home.”

The unrest erupted during a rally to protest the 2020 election result in the nation’s capital, triggering panic in the halls of Congress as law enforcement struggled for hours to clear the occupiers from the building. At least four people were killed during the row, including one woman who was fatally shot by police when protesters attempted to storm the Senate chamber.