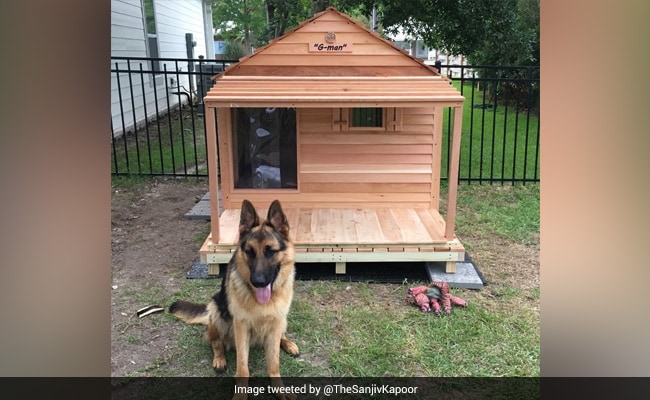 Former Vistara chief Sanjiv Kapoor is acing the aviation humour game, although his wife may not be as amused at his jokes as his Twitter followers are. Mr Kapoor took to Twitter this morning to share a snippet of a text exchange that took place between him and his wife as he prepared to fly out of Kolkata.

According to the screenshot shared on Twitter, Mr Kapoor informed his wife that he would be landing at 12 noon and requested her to send the driver to pick him up.

“Ok,” his wife responded, before warning him that he should be on time as she would be waiting in the car too.

To this, Mr Kapoor had a tongue-in-cheek response – he promised his wife he would tell the pilot to land on time. “Will tell the pilot,” he wrote.

Conversation with the wife ???? pic.twitter.com/ck0kArtt8u

Despite his best efforts to be on time, it seems like Mr Kapoor’s flight landed slightly later than he had indicated and he ended up in the doghouse – pretty literally, if his follow-up tweet is to be believed.

“Landed slightly later than I had indicated. This is my new home,” Sanjiv Kapoor wrote on Twitter, sharing a picture of a dog outside a kennel.

Landed slightly later than I had indicated. This is my new home. pic.twitter.com/5YiuFdskGt

The text exchange has collected nearly 6,000 ‘likes’ on the microblogging platform, along with a ton of amused reactions.

“Savage Kapoor,” another quipped, while a third said, “Peace was never an option.”

Man Narrowly Avoids Getting Hit By Train That Crushed His Bike