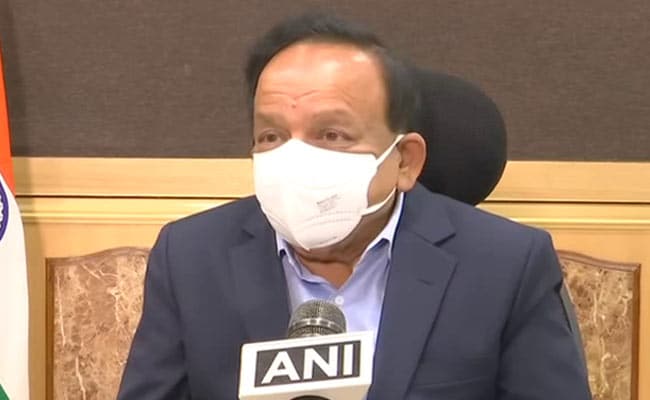 Pneumosil has been extensively evaluated in 5 randomised, controlled trials, the minister said. (File)

Recognising the Serum Institute of India Private Limited (SIIPL) as the world’s largest manufacturer of vaccines by number of doses and its contribution to India’s economy, Mr Vardhan remarked that its vaccines are used in 170 countries and every third child in the world is immunised with the manufacturer’s shots, the health ministry said in a statement.

The minister also said that SIIPL developed and got license of the first indigenous Pneumococcal Conjugate Vaccine (PCV) from the government during COVID-19 pandemic lockdown, in line with Prime Minister Narendra Modi’s vision of ‘Atmanirbhar Bharat’, it said.

“Serum Institute’s first indigenous Pneumococcal Conjugate Vaccine will be available in the market under brand name ”Pneumosil” at an affordable price in single dose (vial and pre-filled syringe) and multidose (vial) presentations.

“Pneumosil has been extensively evaluated in five randomised and controlled clinical trials, and has demonstrated comparable safety and immunogenicity against licensed pneumococcal vaccines across diverse populations of India and Africa, where Pneumosil was administered to adults, toddlers and infants using different vaccination schedules,” Mr Vardhan was quoted as saying in the statement.

During clinical trials, Pneumosil was found to be safe and effective in the prevention of pneumonia and based on which Pneumosil has been licensed by the Drugs Controller General of India in July 2020 after approval from subject expert committee (SEC), he said.

Speaking on the Prime Minister’s commitment of Atmanirbhar Bharat and his vision of “Making In India for the World”, Mr Vardhan noted, “Pneumosil is an example of India’s capability in research and development and manufacturing high end sophisticated vaccines.

“In fact, it is a matter of pride for our country for this historical milestone during COVID-19 pandemic because till now we are fully dependent on Pneumococcal Conjugate Vaccine manufactured by foreign manufacturers which are available at very high prices,” he added.

The health minister also underlined that pneumonia is the single largest infectious cause of death among children under five years of age worldwide, accounting for nearly 10 lakh deaths globally.