Home > WORLD > ‘He holds all the trump cards’: Khamzat Chimaev ‘will face Leon Edwards on March 13’ as Russian fighter tips UFC star to be champ 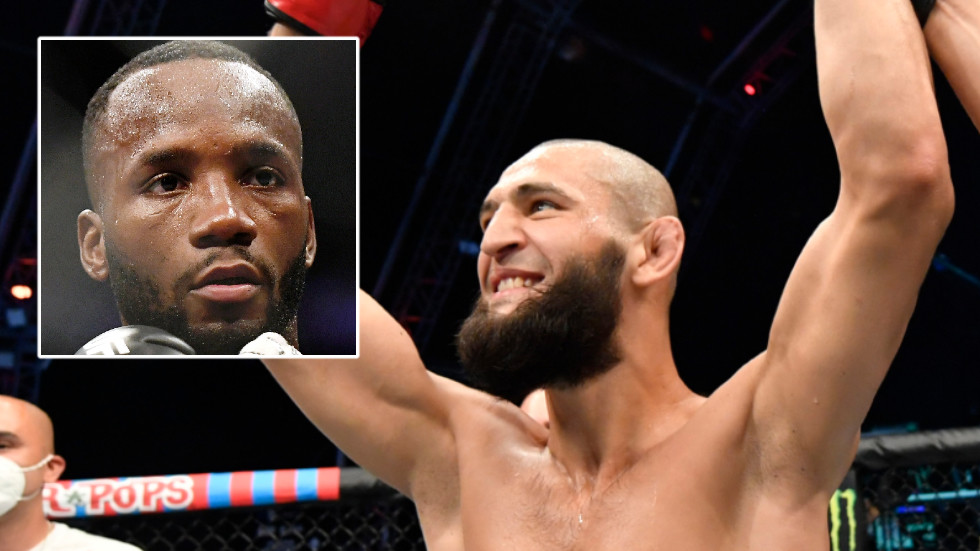 ‘He holds all the trump cards’: Khamzat Chimaev ‘will face Leon Edwards on March 13’ as Russian fighter tips UFC star to be champ

Chechen-born Chimaev has twice seen meetings with welterweight number three Edwards called off, with the meeting scuppered by Edwards testing positive for Covid-19 in November and Chimaev suffering complications from the virus last month.

White has now rearranged the bout for UFC Fight Night on March 13, although no venue or city has yet been finalized for the headline scrap, according to MMA Junkie.

Both men are said to now be fully fit as Edwards looks to extend his winning run of five-and-a-half years and eight fights, while Chimaev is eager to continue his unbeaten start to his UFC career, having shot to stardom via two wins in 11 days in July and a 17-second knockout of Gerald Meerschaert in September.

Clearly excited by Chimaev, White has helped to fast-track the Sweden-based fighter’s progress, including helping to secure a VISA for his US debut against Meerschaert and admitting that he would make an exception by planning fights with multiple opponents for him in advance.

That has led some of his rivals to question whether he deserves special treatment and accuse Chimaev of being hyped, but Emeev is not among them.

“I’m glad for him,” the 33-year-old told Championat. “He showed on the island that he wants even more.

“Why not? He’s great, I’m very happy for him. He did everything right, and it helped him.

Welterweight Emeev has won four of his five fights since joining the UFC in 2017 and said that he had not seriously pondered the prospect of fighting Chimaev himself.

“Khamzat is a fine fellow,” he explained, recalling their first meeting when they were having breakfast at separate tables in a hotel.

“He got up, came up to me and greeted me. We wished each other good luck. He showed respect to me and approached like a younger to an elder. It was very nice. We talked normally.

“He is my brother. We are good friends, we get along well. Thinking about a fight with him when there are still so many rivals in the weight division…only if a fight is made, then we will think about how it will turn out.”

Hot sauce and staredowns: Watch Conor McGregor and Dustin Poirier go face-to-face for the last time ahead of UFC 257 (VIDEO)

Zoom: All the times virtual meetings didn’t go as planned this year

Biden inauguration: New president to be sworn in amid Trump snub